It had a been a couple of weeks since Mr. LeFey had given Mike a key to the library basement. Mike finally got up the courage to visit the library and going to the east side of the building he found the locked gate that lead down to the basement. Going through the gate and down two flights of stairs, he discovered a small dark room filled with mysterious books all pertaining to the subject of Alchemy. There in the dimly lit room Mike read from one of the old books and quickly he learned the first of many alchemical recipes – the Secret of the Vial of Bliss. Realizing that he did have the right ingredients he attempted to mix the magical elixir right there in the basement of the library.

Leaving the library, Mike decided that he really needed to go to the hospital and get that flu shot. Outside the hospital he saw Ronnie Ringwald. They chatted and got to know each better. Ronnie told Mike that she was sorry to hear about his break-up with Lisa and wanted him to know that she was there for him if he needed a friend to talk to.

The next day, Mike got a call from Lisa asking him if he want to go out. She suggested that they go bowling at the Fun Planet arcade.

Their date went well, but Mike did at one point get a little jealous when he came back from the restroom and saw Lisa flirting with Ulysses Ringwald. Lisa reminded Mike they were now just friends and suggested that they leave the arcade and go dancing at the disco. They stayed there until the place closed.

The next day, Lisa asked Mike out again and they met once more at the arcade. Mike wondered if he and Lisa were going to get back together. Mike was feeling very confused about life and he was now thinking of moving out of his parent’s house, that is if he could find a place of his own. 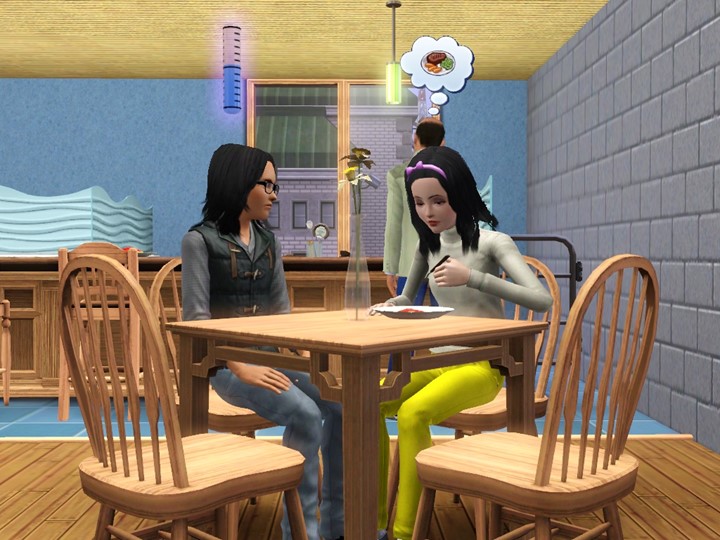