Mike got out of jail the next day. Immediately he went to the store and rather than trying to steal it, he bought the plasma fruit.

Charles Clemens moved into the house. He is the same age as Donna.

Mike’s relationship with Amanda had dropped significantly, to 18%., and Amanda broke up with Mike. Neither of them seem too broken-up over the break-up and they were not speaking to one another. 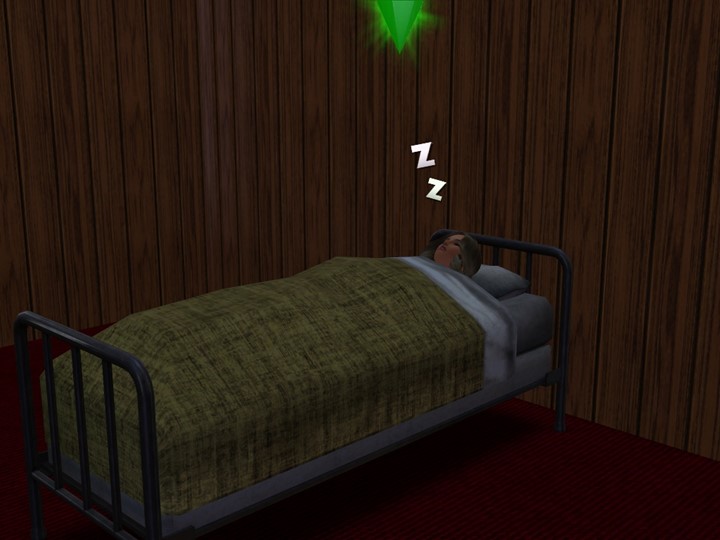 Mike concentrated on studying the secret arts. Mike’s alchemy skill was now at level 6 and he was ready to read Vol III Omnimustericon: The Ultimate Book of Shadows having completed Vol II: Secret Motions and Super Potions. 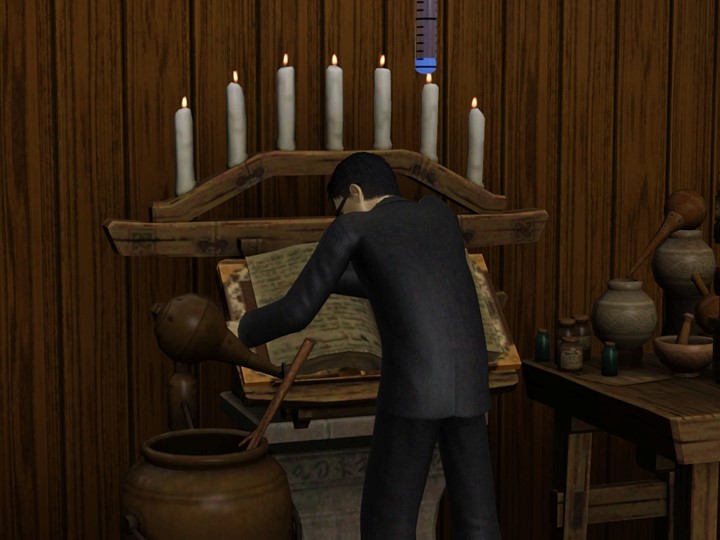 On that same night, he reached level 7.

Veronica went off to work and investigated paranormal activity at the Thomas School of Art building on the University campus.

Since becoming a Vampire, Mike learned that he was able to read minds. He read Ronnie’s mind and caused her to think of him.

Amanda was totally stressed out from work and everything else. At work she was now at level 2 “Best Girl”. She decided to go to the cathedral after work…

…and there she studied from a book of spells…

That evening Ronnie almost caught Ernest and Lisa out watching the stars. She still was not sure if anything was going on, but Mike knew what was going on.