The next morning, Katherine Gilliland called Mike again and asked him to meet her at the Elixir shop. He agreed to stop by on his way to work. Once again Katherine was a no-show. While waiting, Mike bought some alchemy supplies and then started out for work. 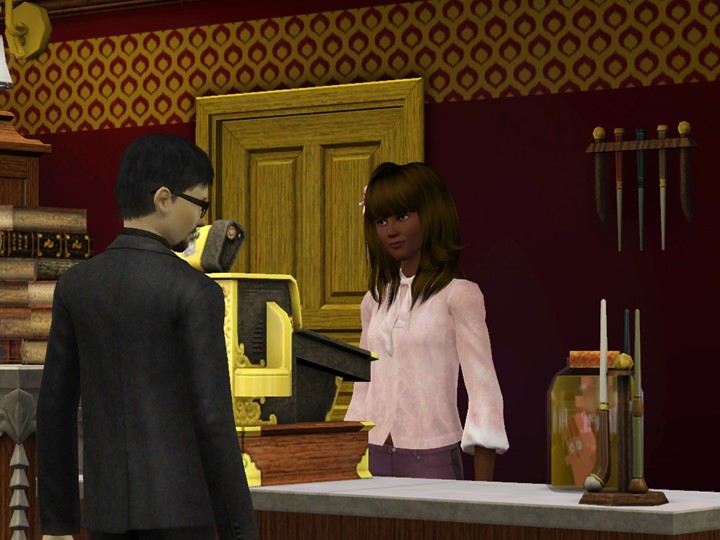 Suddenly he realized that today was Tuesday and it was his day off. He knew that Katherine worked at the hospital so he decided to go there and see her. 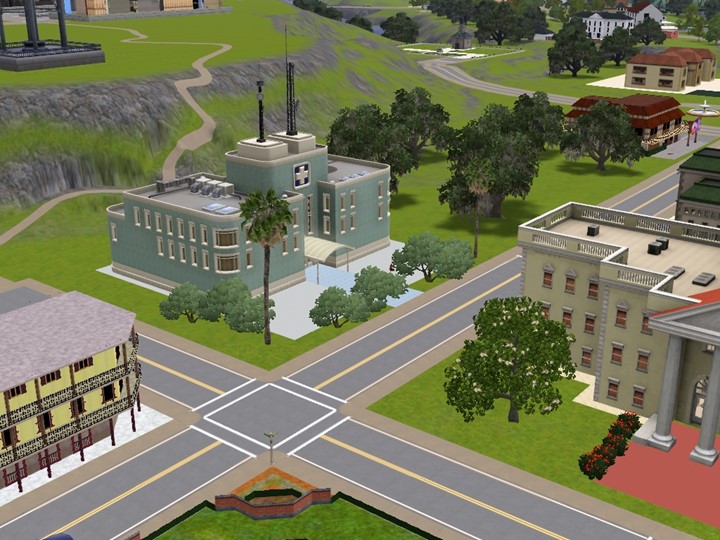 While in the hospital, trying to find Katherine, he decided once again to try and steal plasma. Fortunately this time he did not get caught. 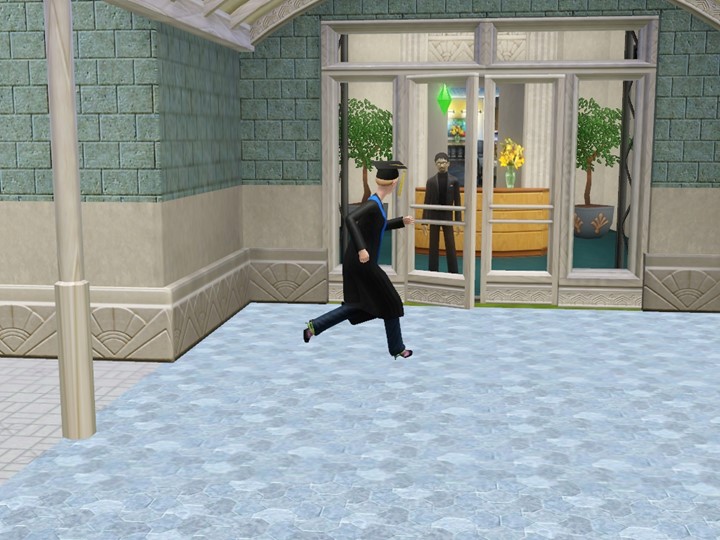 Upon exiting the hospital with his stolen goods, Mike saw Katherine and other hospital personnel scurry back inside in response to a code red alert. As Mike walked past Katherine, he decided not make his presence known. 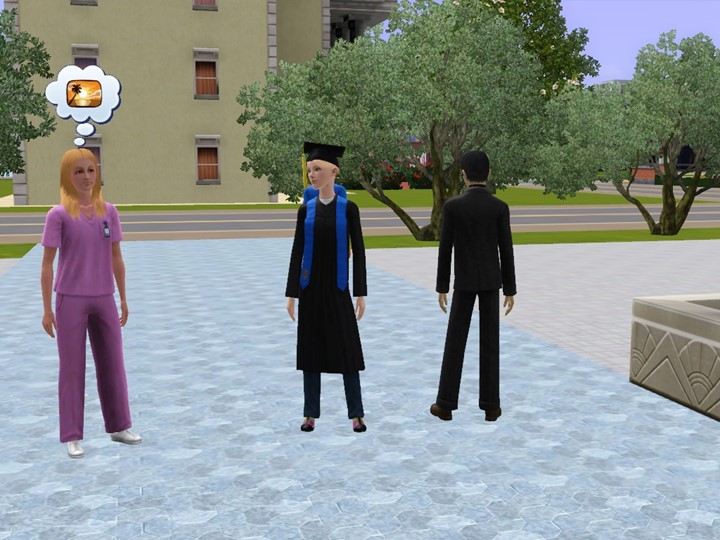 Instead of going home, he went out to Eastern Beach which he believed was deserted today since the Gypsy Wagon was closed on Tuesdays. There he met one of his clients, Meredith Farrow (formerly Goombah-Gumbah). Mike had tried on several occasions to give a private reading to others, but no one seemed be interested. He offered to give Meredith a private reading and this time he was quite successful. “Your boss, Valencia Gilliland, will be very happy hear about this!” Meredith exclaimed. Mike knew his boss only as Val and now for the first time he maded the connection that his boss was the mother of Katherine and Ernest Gilliland. 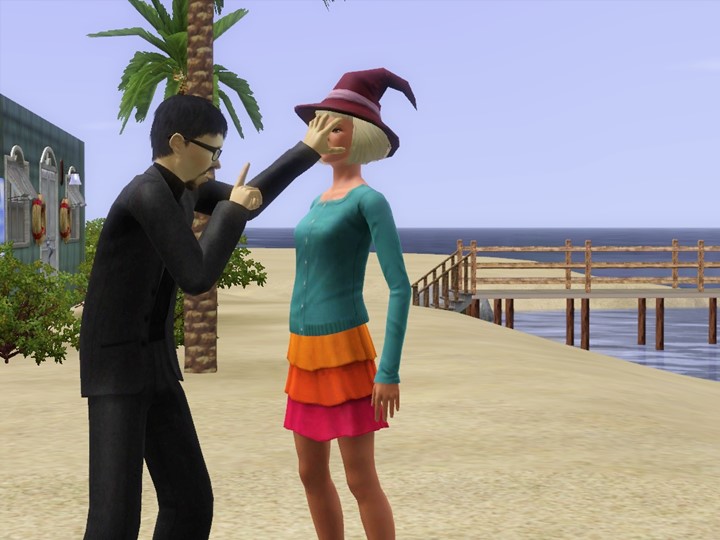 Mike sought out another of his clients, Morgan LeFey, mother of Raquel, and found her at the Karaoke Bar. Morgan insisted that Mike sing with her before they talked. 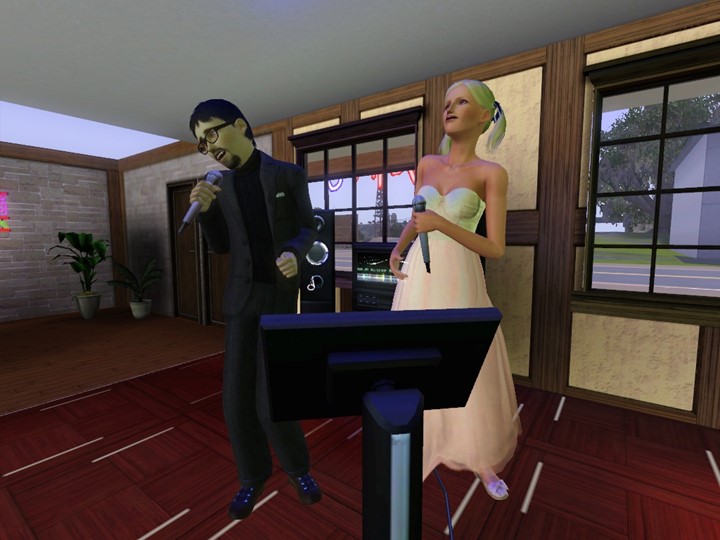 Emily Anderson was there and she heckled them from the audience. 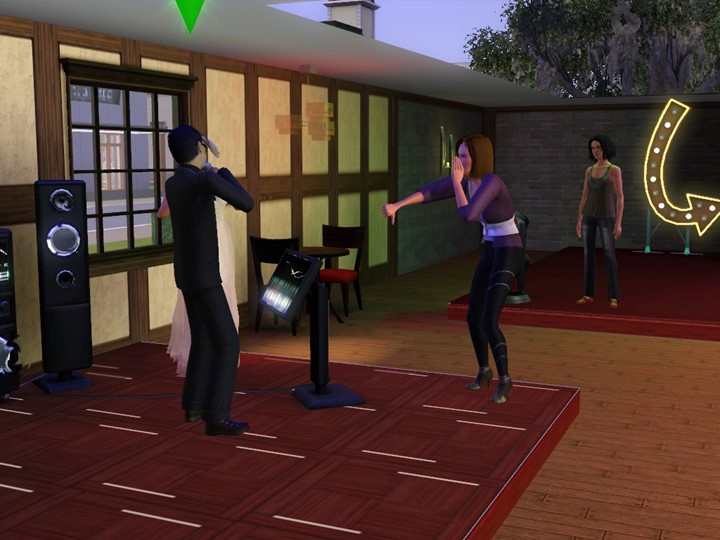 When the song was over, he offered to give Morgan a private reading, but she turned him down. 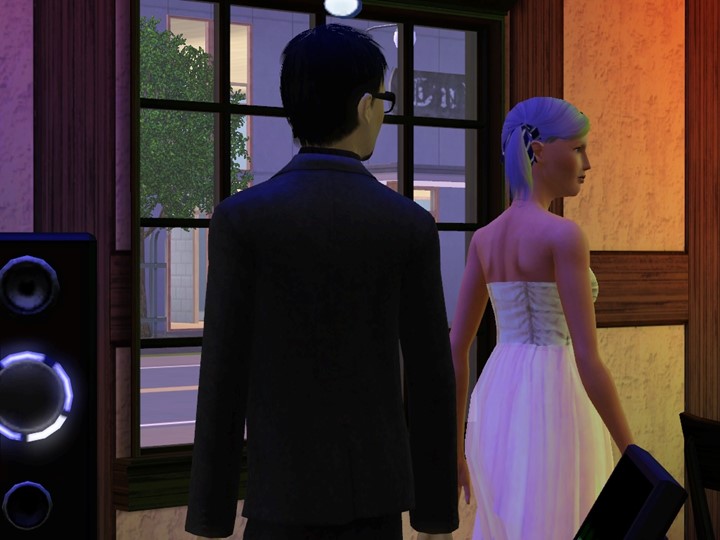 Mike now wanted to get in good with his boss so he called her and invited her to meet him at the karaoke bar. Valencia was an elderly woman. Mike bought her a drink and they discussed work. 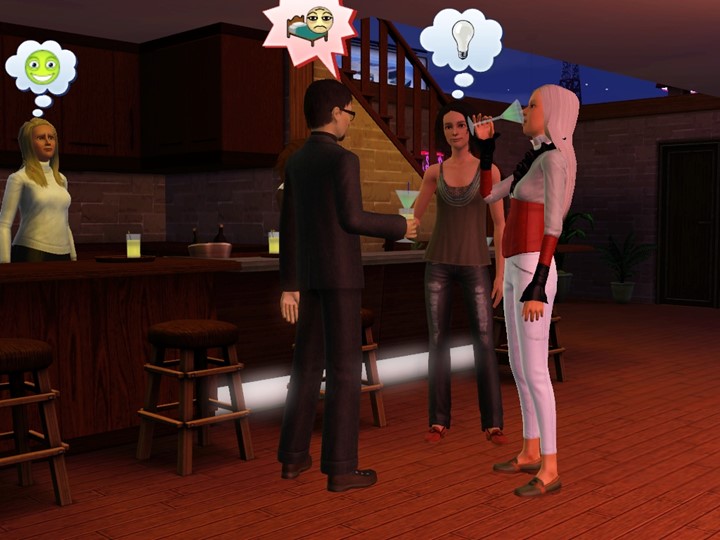 While in the bar, Mike saw his brother, Patrick, whom he has not seen in long while. Patrick told his brother that he still lived at their parent’s house and that his girlfriend lived with them. Patrick’s girl friend was Tabitha LeFey, sister of Raquel LeFey. 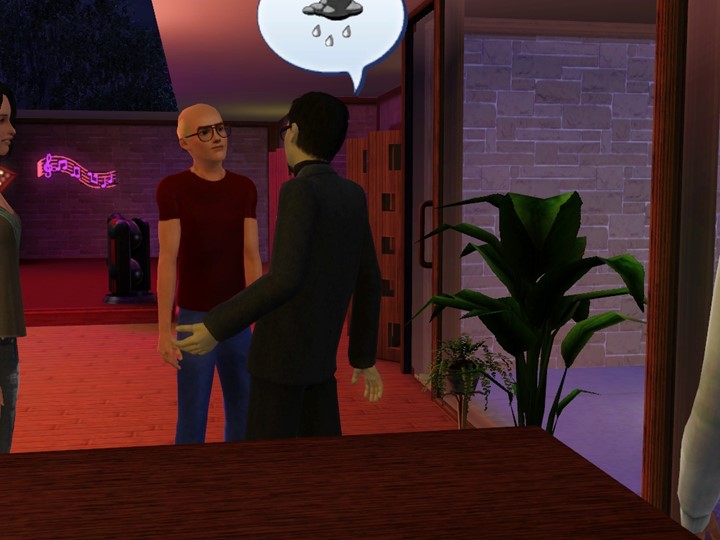 Patrick told Mike that he and Tabitha were thinking of moving out of his parent’s house. Mike suggested that they rent a room in the house where he was living. Patrick thought that was a great idea so he & Tabitha moved in. Patrick’s traits was Slob, Bookworm, Avant Garde, Loves the Cold and Ambitious. He was now 24 years old. 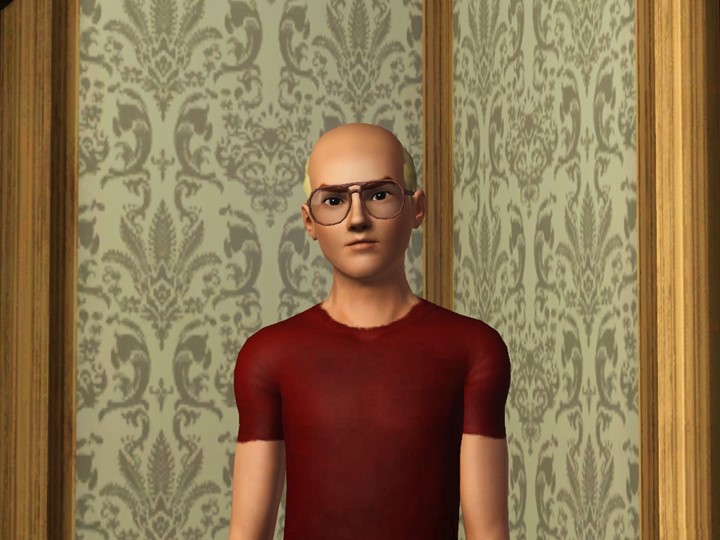 Tabitha was a witch and her traits were Neurotic, Never Nude, Nurturing, and Diva. She was now 19 years old and still in high school. 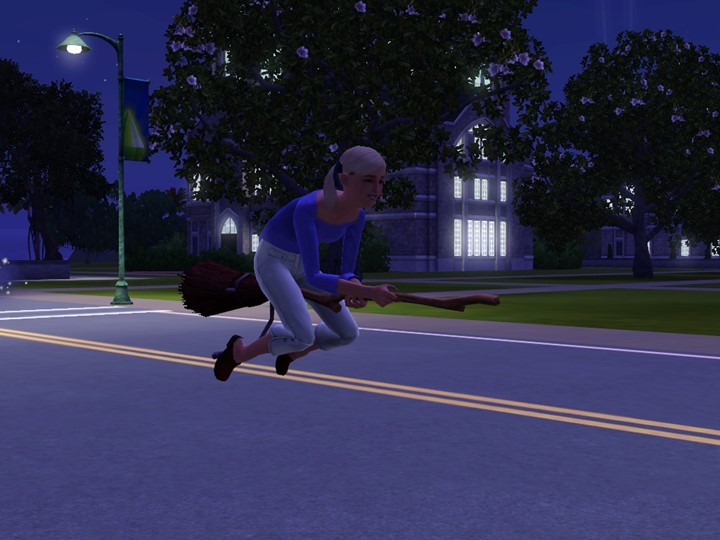 Patrick was a business man and he explained to Mike how they could raise enough cash to move into a nicer house. Patrick could sell the rental property that their dad bought before Mike left home. That would give them about 40K and Ronnie could get about 120K for the house they are in now. 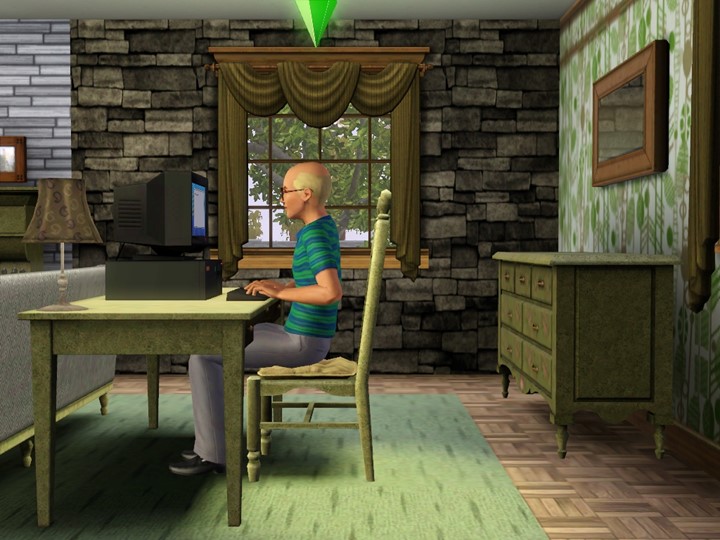 Mike & Ronnie told Patrick to go for it and so they all moved to a larger, much nicer house at 601 Oak Road in the fall of 1978. 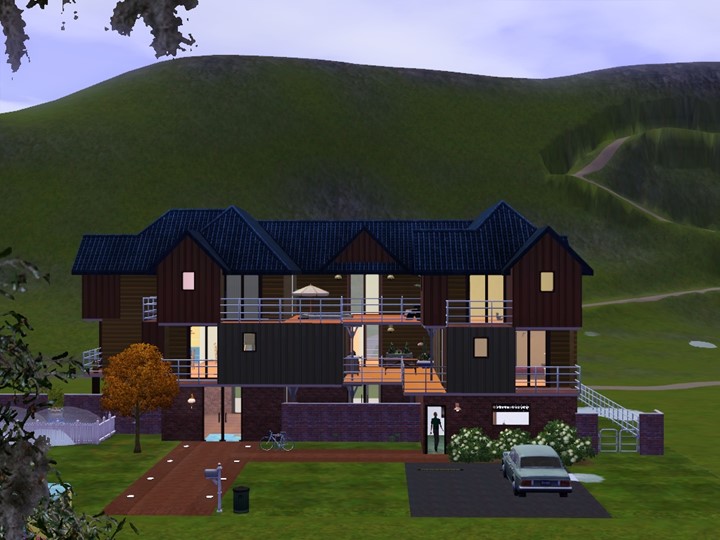