Episode XXVII: Another Time, Another Place

Tabitha and Mihai had rushed to the science lab and arrived there in a manner of minutes. Entering into the secure area behind the lab, Mihai turned to his Aunt Tabitha to tell her goodbye. 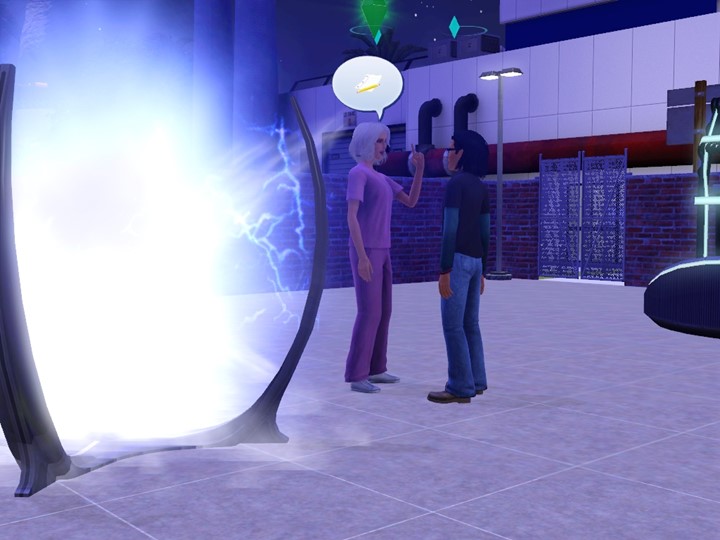 Tabitha tightly hugged her nephew, begging him to be careful and to come home safely as soon as he could.

With tears in his eyes and very much afraid, Mihai turned away from his aunt and entered the time portal.

It was a dark and stormy night when Mihai arrived through the portal into the future. The year was 2133 – fifty years before his father’s first trip to the future.

Although a sickly green haze of smoke hung over the city, Mihai wasted no time as he set out in search of Katherine.

The city appeared to be desolate of any people. Only here and there would he catch a glimpse of a Plumbot scurrying across the landscape.

Walking at a brisk pace, he made his way towards the center of the city.

In a park, in the exact center of town, he pause briefly to read the inscription engraved at the base of a legacy statue. It was a statue of his father and the inscription told of what a great philanthropist Mike Dutranoit was. “Way to go, Dad,” Mihai thought to himself.

He continued on with his search for Katherine and stopped again for a few minutes at an abandoned restaurant. He sat at a table near a huge pile of garbage and contemplated where he would go next. It was then that he remembered his father telling him how he found his descendants by visiting the library.

Mihai thought how absurd it all was as he sat reading in the library alongside a Plumbot. The book that he read from was titled The History of Twin Bayous, but the ending in this revision of the book was much different from the ending that he had read before in a previous edition.

Remembering more of what his father had told of his trips to the future, Mihai went upstairs and located a working holo-web. 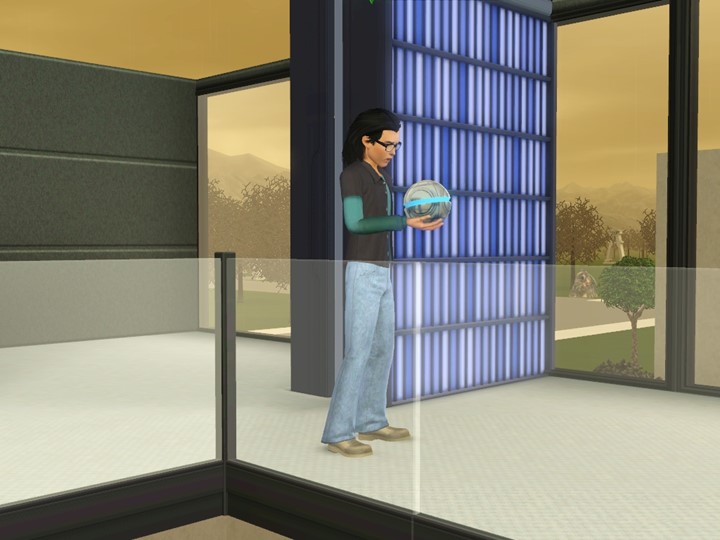 Mihai activated the holo-web and after only a few minutes of searching he located his sole descendant living in the current future. It was a man by the name of Dominique LeFey and the man lived at 490 Precipice Way.

Mihai left the library and went straight away to the man’s house. Pulling Mihai inside his home, Mr. LeFey excitedly greeted Mihai: “You’ve arrived! Oh, what a welcomed day this is! Two of my ancestors are here now!” 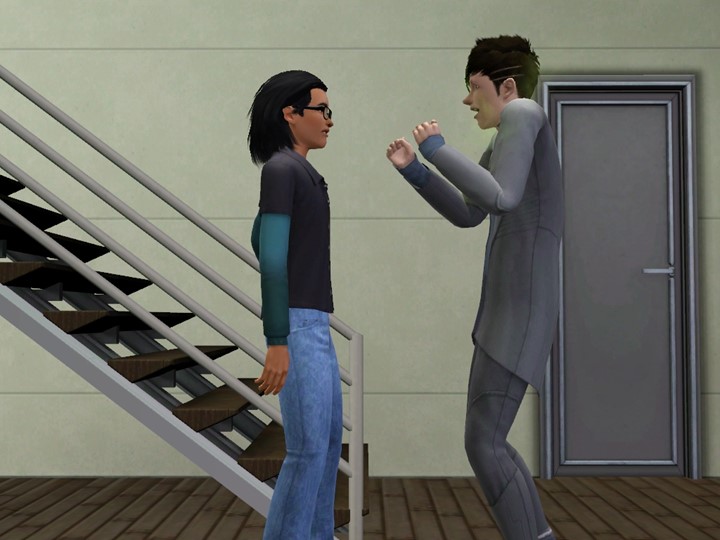 From another room in the house, Katherine ran into the foyer. Leaping into his arms, Katherine held Mihai tightly and kissed him.

“Mihai! Thank the Builder you are here! I see that you have met our great, great, great,…,great, great, great grandson, Dominique LeFey. Perhaps you can help us by solving an argument that we are having. Dominique and I can’t decide how the world is going to end… will it be with a whimper or with a bang?”