Episode XI: Shall We Start Over?

Katherine had entered from the other side of the large old tree and at the bottom of the hill from the entrance to this strange new world she had come upon Mihai lying on the ground in state of suspended animation.

She had carried with her the hairdryer that Mihai had found in a rubbish bin only days before. Without second thoughts or any panic whatsoever, she proceeded to revive him with blasts of hot air from the hairdryer. 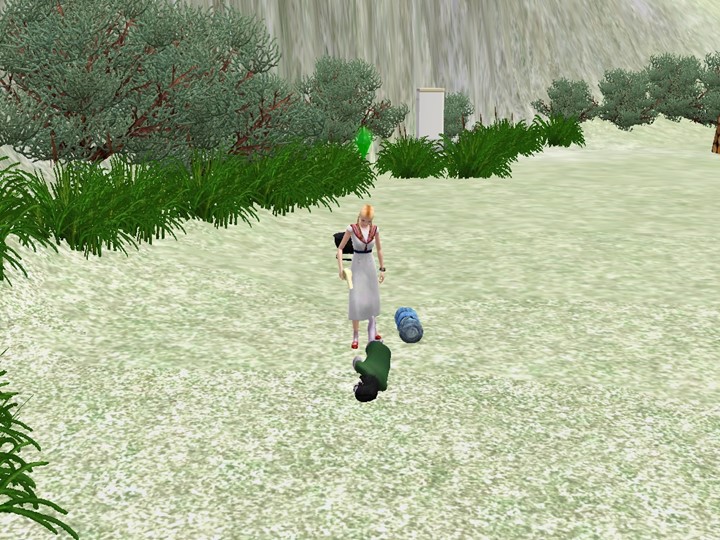 Soon Mihai began to thaw out and slowly he started to stand in a cautious manner.

Katherine watched Mihai as he stood carefully so as not break any parts of his body that were not yet completely thawed.

Hoping that Mihai would soon be back to normal, Katherine built a fire in the fire pit to help further the process.

The pair stood and warmed themselves at the fire pit.

Then Katherine built an even larger fire. Still not fully recovered, Mihai stood at the fire and stared intently into its crackling flames. 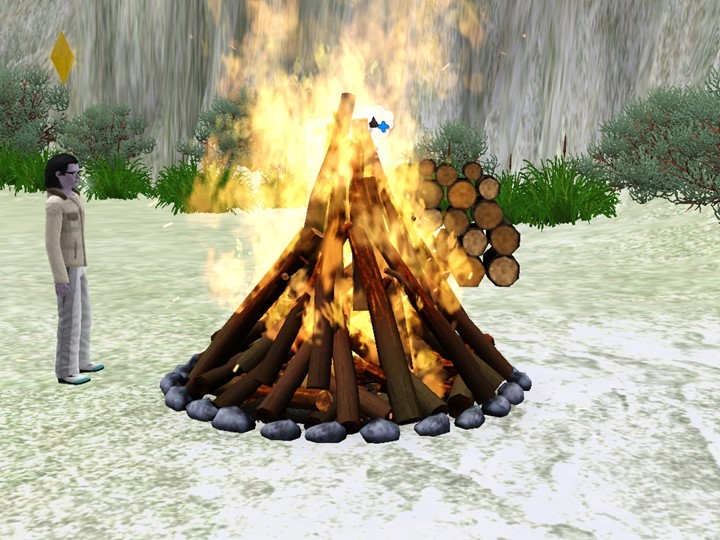 Still in a bit of daze, Mihai walked around the campsite as he exercised his still thawing joints and limbs. He came upon a frozen pond and he wondered how it was that fish could survive the winter encased in ice.

Then as he began to slowly recover his senses, Mihai made a very surprising and welcomed discovery. He found that here – wherever here was – that he had regained his magical powers. He tested this by making an apple appear out of thin air.

Returning to Katherine at the fire that she had built, he embraced and kissed her, thanking her for arriving in time to save his life.

The fog had begun to lift slightly and yet despite the roaring fire, Mihai felt that it was far too cold for them to remain out of doors. Turning to Katherine he stuttered between chattering teeth, “You s-s-see that house at the end of the stree-street? I th-think we had better g-go there and g-get help.” 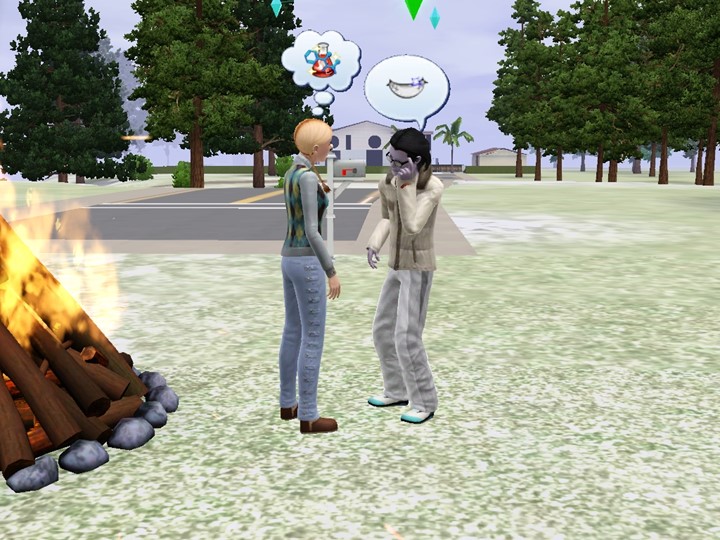 So, the pair walked toward the large house that they saw at the end of the street. 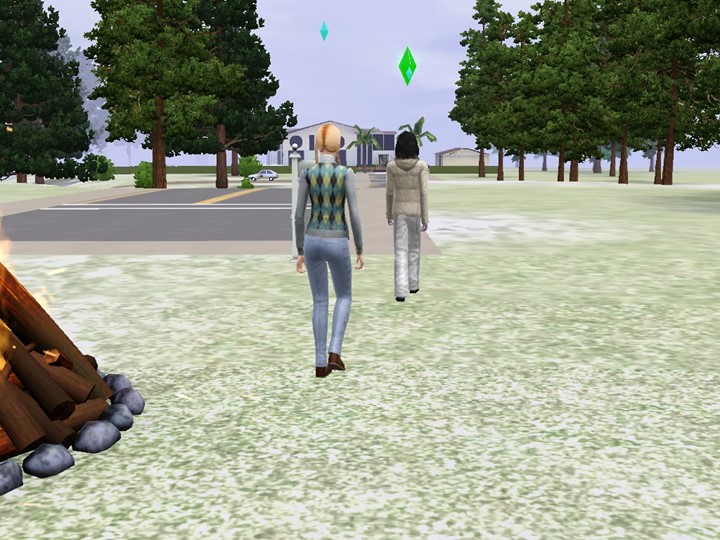