On Thursday, Mike woke up early and prepared breakfast for everyone. 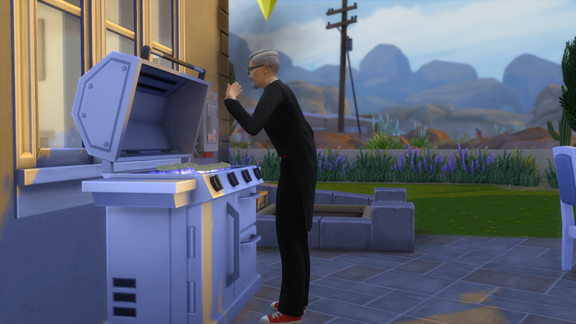 He was in a fairly good mood and had his day pretty much planned out.

However is was not counting on the kitchen sink being in need of repair.

He did promise Celia that he would fix the sink.

It did take him longer than planned to get the sink repaired.

It was around noon before he finally got around to practicing violin.

After violin practice, he headed into his office where composed a short comedy routine entitled “Haircut Disasters”. 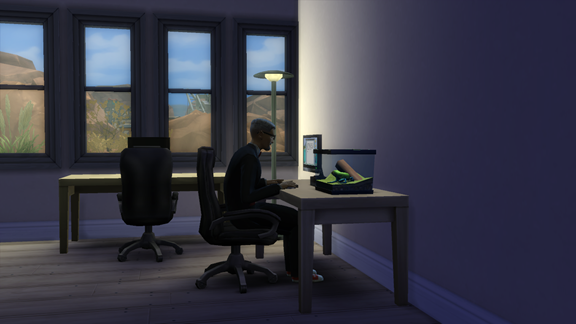 After to completing work on his comedy routine, Mike headed outside to check the mail. 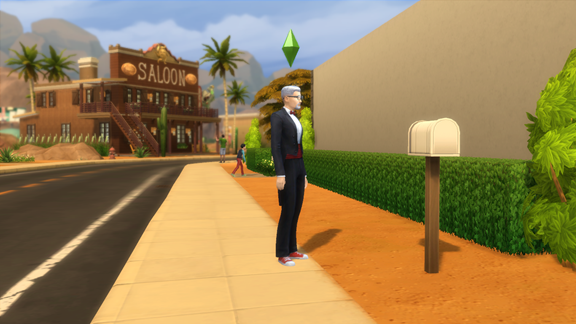 Looking up the street he noticed that folks were spending some time at the bus stop. So he walked down the street and thought try out some of his jokes on complete strangers.

Soon he was entertaining a small audience at the bus stop across the street from the Crazy Burro Saloon and increased his comedy skill level.

Around 5 PM, Mike was feeling tired and thought that he had better take a nap before going over to the Saloon. 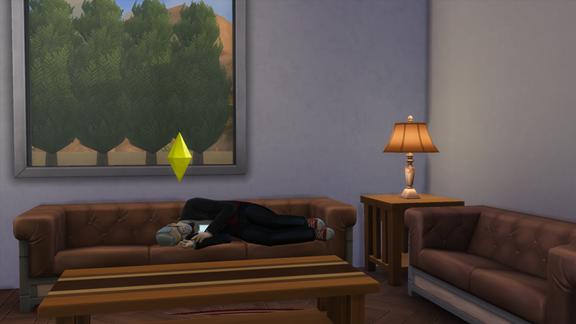 He woke around 7:30 PM and prepared a microwave meal for his dinner.

After eating he headed down the street to the saloon.

There was a small, but thirsty crowd in the saloon and Mike had wait a long time to get a drink.

It was after 10 PM before he finally got up to do his routine on “Haircut Disasters”. 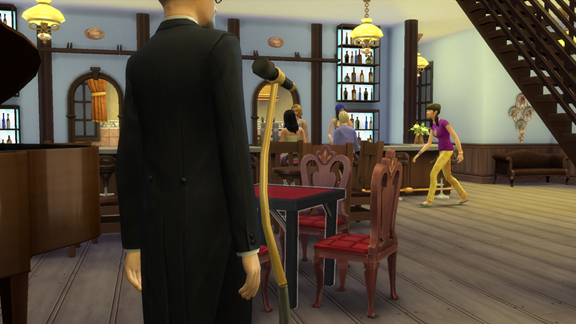 Mike was not sure what happened but after he completed his routine he was informed that he won the Whimsical achievement and had been awarded 50 points.

…before he dragged his ass home. 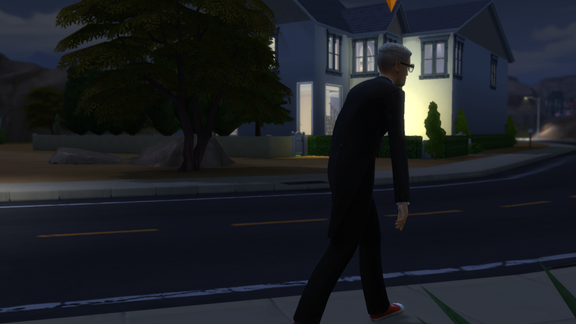