The next morning Mike hopped upon his bike and rode off in the direction of the center of town.

Mike went to the library to see if he could find more information on Witches, Vampires, and the Supernatural. He asked the librarian and was told that all books of that sort are kept at the Vault of Antiquity on Main Street. The librarian said that maybe someday when he is older that he might be allowed into the Vault to read those books.

He was not happy with the answer she gave. Instead, Mike found and read for a while a book on logic.

Before he left the library, Mike asked the librarian if there was a city directory where he could find the street address of a friend. He wanted to know where Tabitha LeFey lived. The librarian told him that he would need to go to City Hall where the City Directory was kept. 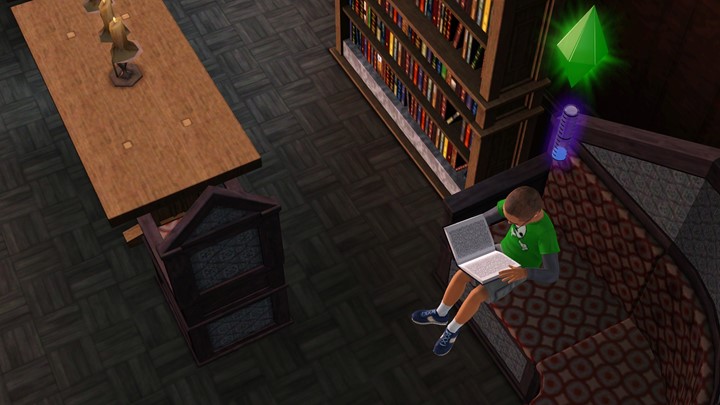 Mike left the library and went to city hall. However he was quickly ushered outside by his father. Mike’s father worked there as a Podium Polisher and he told his son that City Hall is no place to play.

So, Mike went outside, sat on the ground, and starting doing his homework. While he sat there, he overheard two women who were gossiping. They were talking about a family in the town. The women were saying that the members of this family were very strange people… adults and children. The rumor was that some members of the family were witches, some were vampires, and one was a werewolf. Mike heard one of the women give the family’s name. The name was LeFey.

Just as Mike heard the name, he saw Sheriff Viernes come walking out the door of City Hall. “Excuse me, Sheriff!” Mike said, “Can you tell where the LeFey family lives?” Sheriff Viernes gave the boy a strange look, but answered the boy’s question: “They live in a trailer at 301 Tobacco Road.” 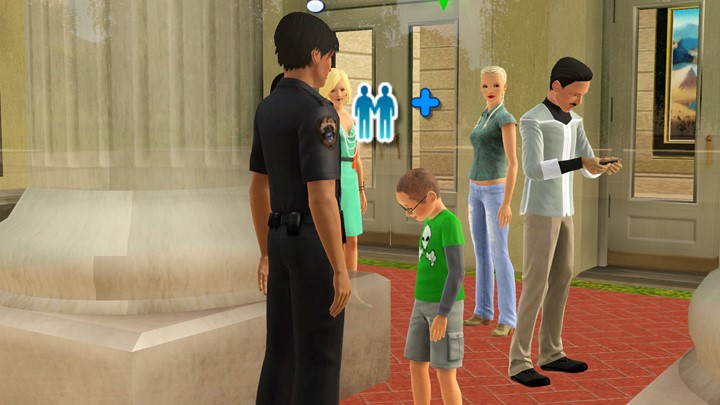 Mike left City Hall and rode off on his bike in the direction of Tobacco Road… the poor side of town.

He went to the trailer at 301 Tobacco Road, but no one was home.

To amuse himself Mike went across the road to Crapford and Son’s Junkyard. 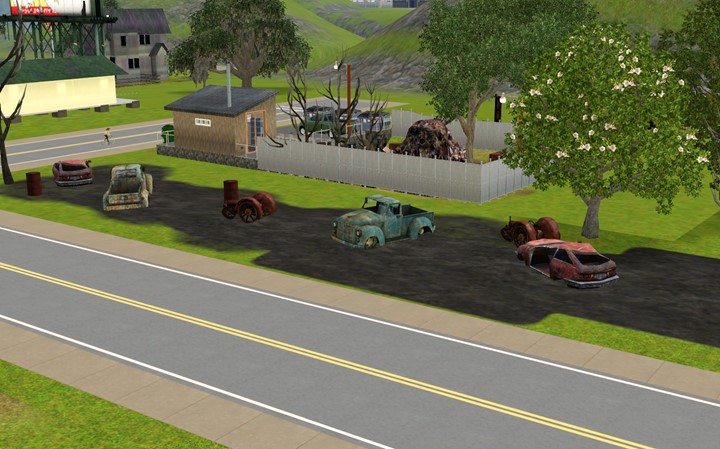 Rummaging around in a junk pile Mike found some discarded items he could use to play pretend.

But as he was pretending that he was the king of Discardia he happened to look across the road and outside the trailer park next to the LeFey’s trailer Mike saw his friend Tabitha.

Mike immediately ran across the road to say hello to her. 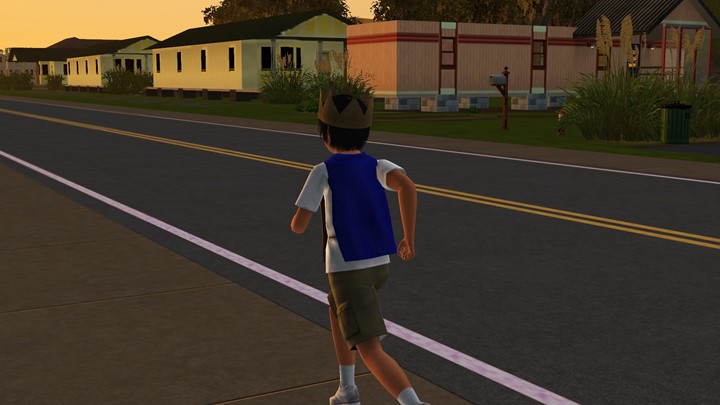 Tabitha was sitting outside one of the trailers and under the light of a lantern she was busy doing her homework. 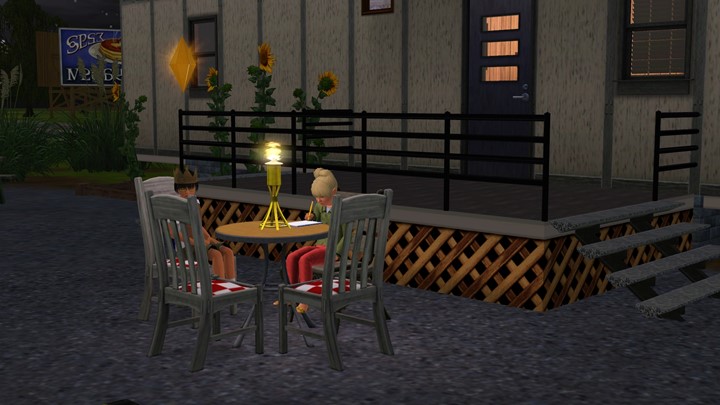 Although it was getting very late Mike sat with Tabitha as she did her homework and offered whatever he could in the way of help.

VIDEO BONUS: Mike stayed out so late that his mother called the police and sent them looking for her son…