For his birthday, Mike received a motorcycle as a gift from his parents. 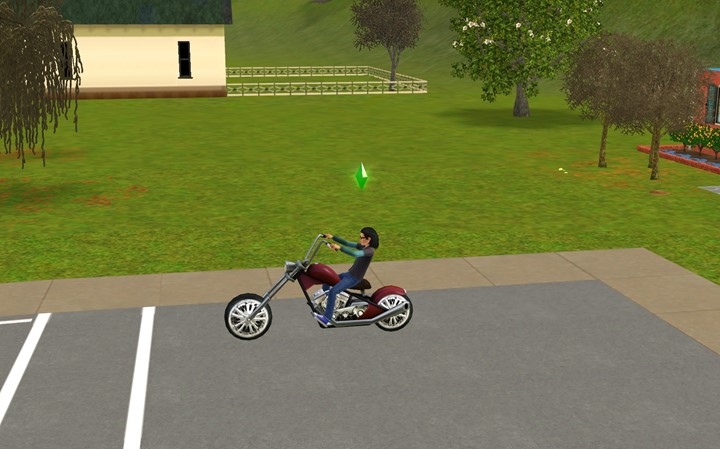 Mike was no longer to be attending the Military Academy, but was now instead enrolled in an Art School at the Aztec Theater in town.

It was at the art school that Mike met Ernest Gilliland. 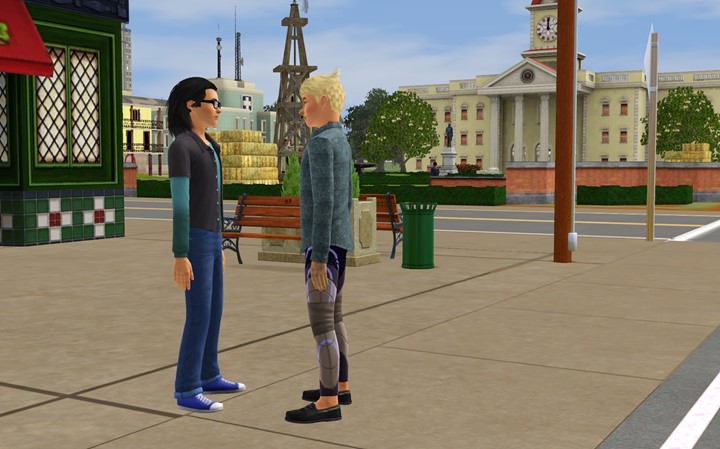 They became good friends and they would hang together.

Sometimes Mike and Ernest would jam together with their guitars in front of the Vault of Antiquity.

He and Ernest would meet there often to play foosball, …

… and have a jam session.

One evening Ernest had to leave early for work. Mike hung around and played for a small crowd of tavern patrons.

While Mike was playing his guitar, Ernest’s little sister, Katherine, came into the tavern looking for her brother.

Mike asked Katherine if he could help her. She told him that her dog was sick and that she was very worried about her.

But unfortunately the food did not help the dog… 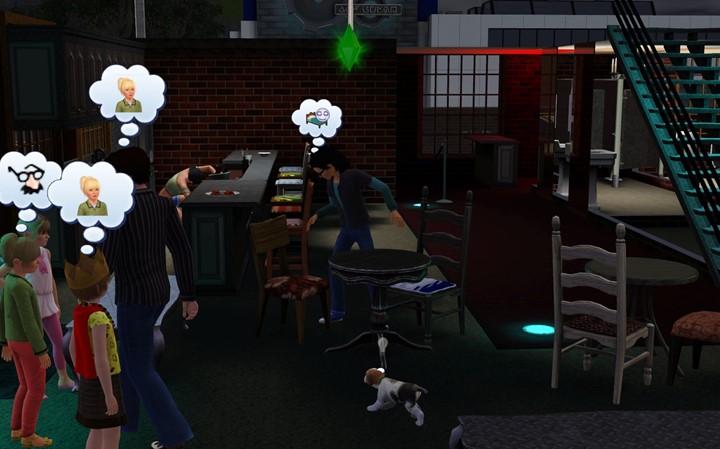 …and alas the poor doggie died and Katherine ran out of the tavern crying. 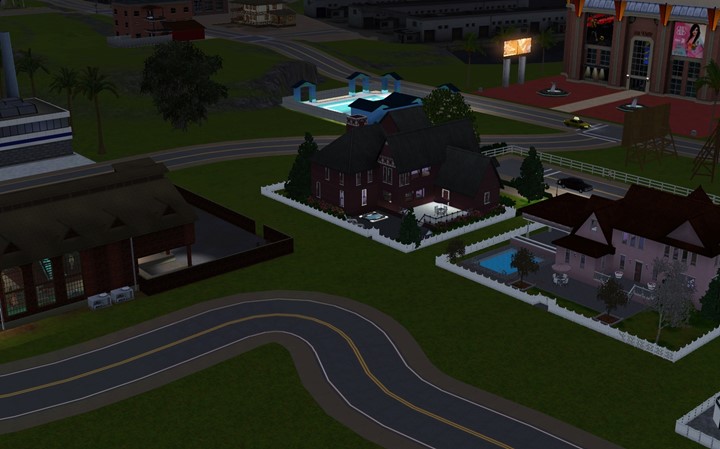 …and when Katherine ran home Mike followed her. 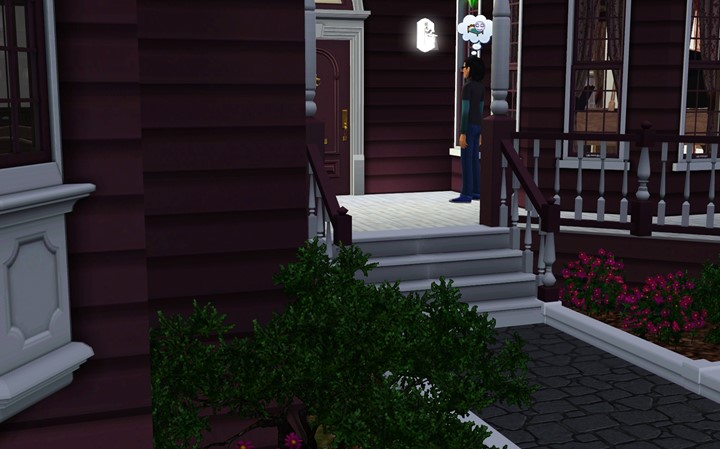 Trudy was very upset over the death of the family dog and Mike tried to calm her down.

Then he attempted to console her.