The Gentille family lived way down on the south side of town in the Eastdale subdivision.

Gregg Gentille owns the spa and bookstore in town. He is a clumsy, bookworm. He is also charismatic, friendly, and lucky

Vicki (Oldham) Gentille is a stay at home mom who works part time at the spa. She is a genius who is handy, inappropriate, neat, and friendly 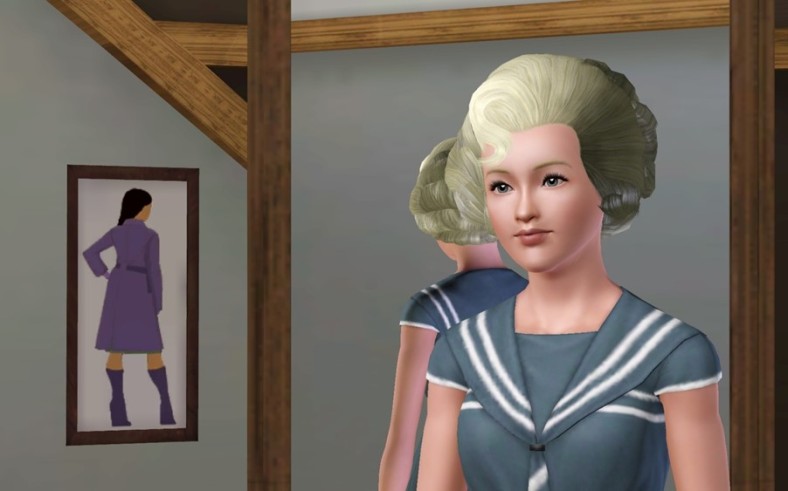 The Gentille’s have two sons and one daughter – Chadrick Gentille is the oldest. He is a daredevil who is frugal, a schmoozer, and he is a computer whiz. Many of the girls in town have crushes on Chad.

Their second son is Donnie Gentille. He is brave and he loves the outdoors. He is a mooch and he is grumpy. 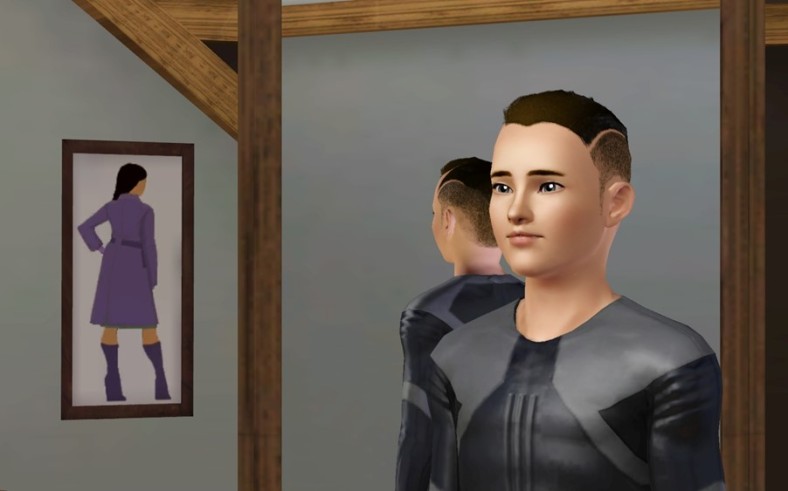 Donna Gentille is a good little girl. She is also a couch potato and she loves to fish.

Gregg and Vicki were a very happy couple. They may not have been rich like other families in town, but they lived a very comfortable life. 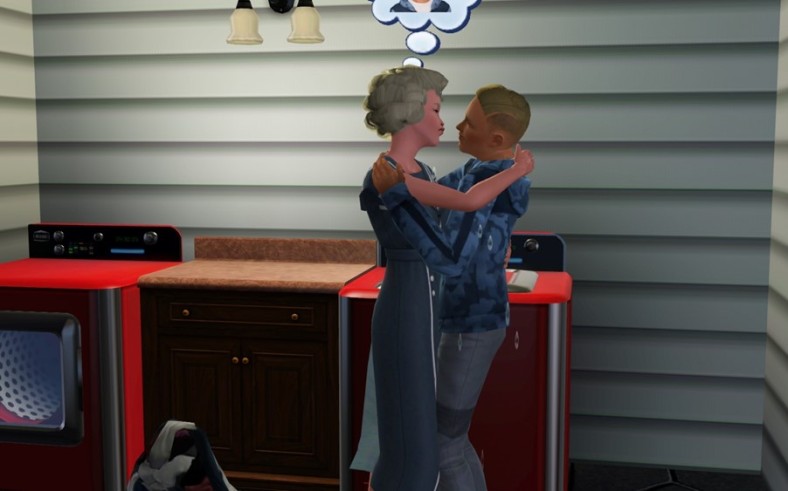 Donna attended military school at Fort Beauregard and she was well liked by the other children in her class.

Donna loved to ride her bike around town.

Down the street from Donna’s home is a place called Kid’s Park where Donna and her friends liked to hang out. 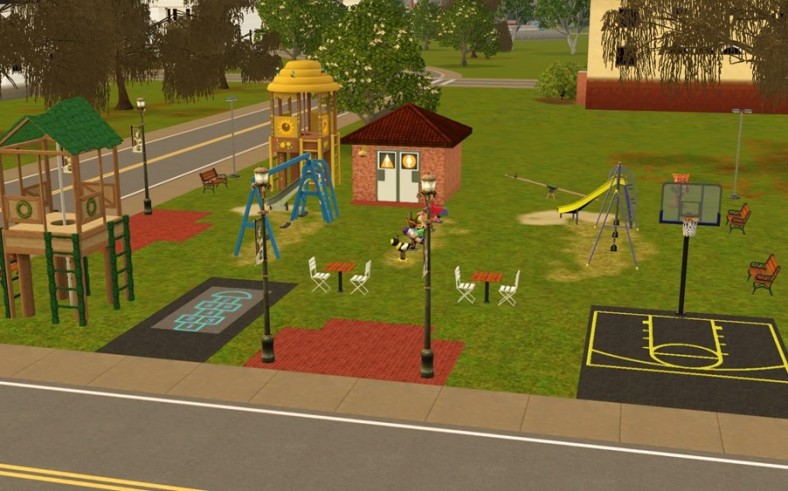 Donna sometimes did her homework with a boy named Ariel Poindexter. He was a sort of a genius/loner kid. 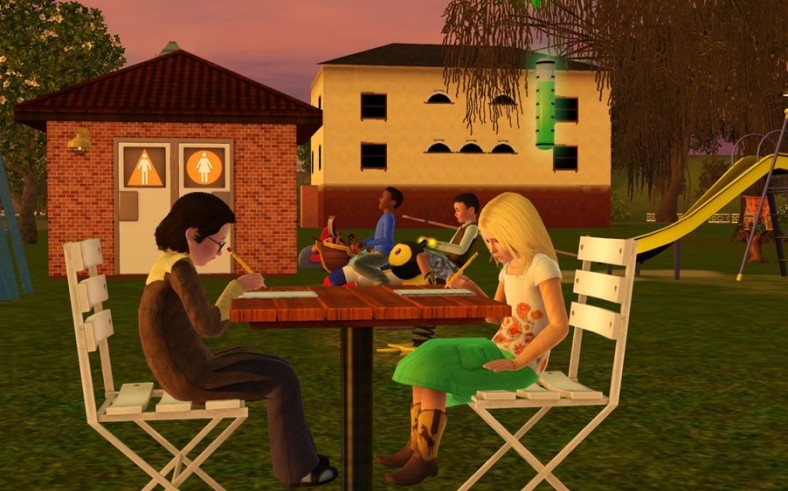 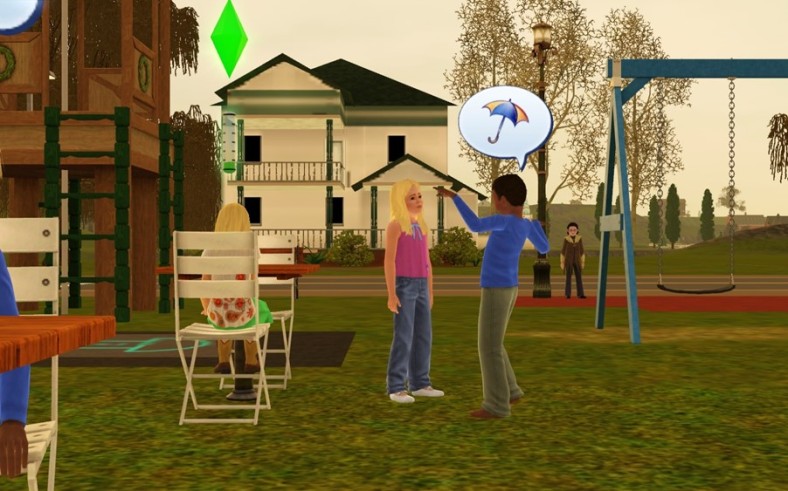 The Ringwald family lives on a large sprawling estate in the mansion district.

John Ringwald is a big shot movie director who works for Plumbob Studio. He is a workaholic and a sailor. He is known to be eccentric and he is said to have star quality and to be a natural born performer.

Celia (Dubois) Ringwald is a business woman and she is a workaholic, a perfectionist, a kleptomaniac, and a born saleswoman. Yet deep down inside she is a good person.

The Ringwald’s have four children – two sons and two daughters. The eldest son, Ulysses Ringwald is frugal, a mooch, and he is ambitious 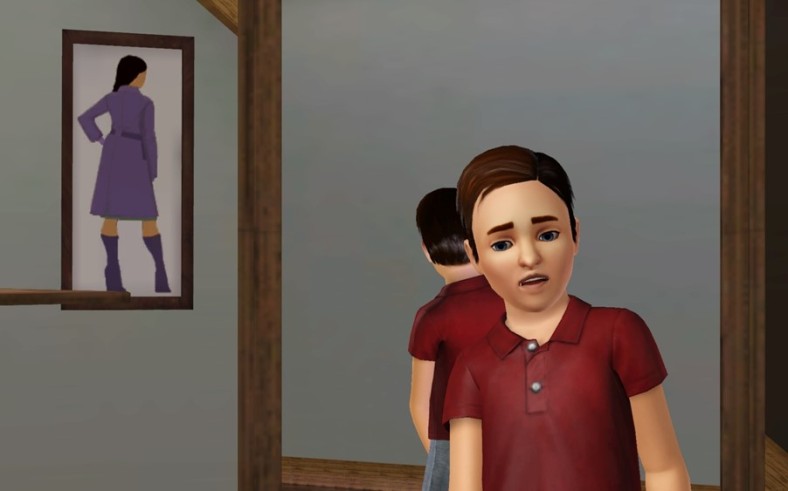 Eldest daughter, Veronica Ringwald is adventurous, clumsy, and she is a light sleeper. Veronica prefers to be called by her nickname “Ronnie”. 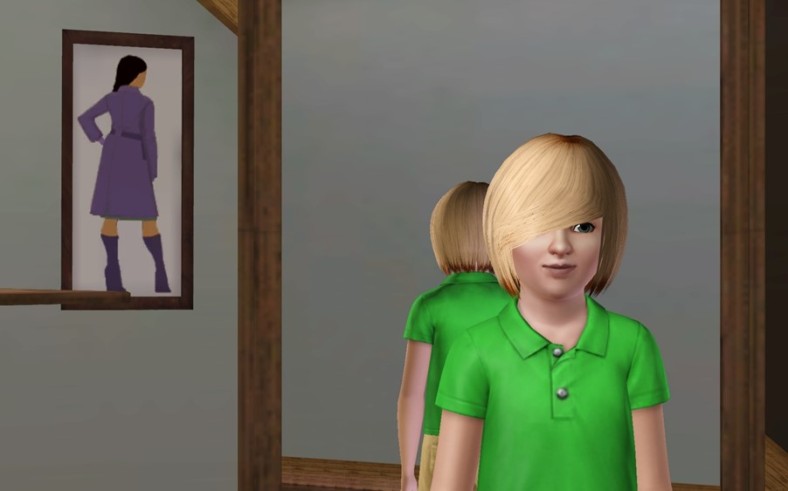 Xena Ringwald is brave, family oriented, and she is artistic 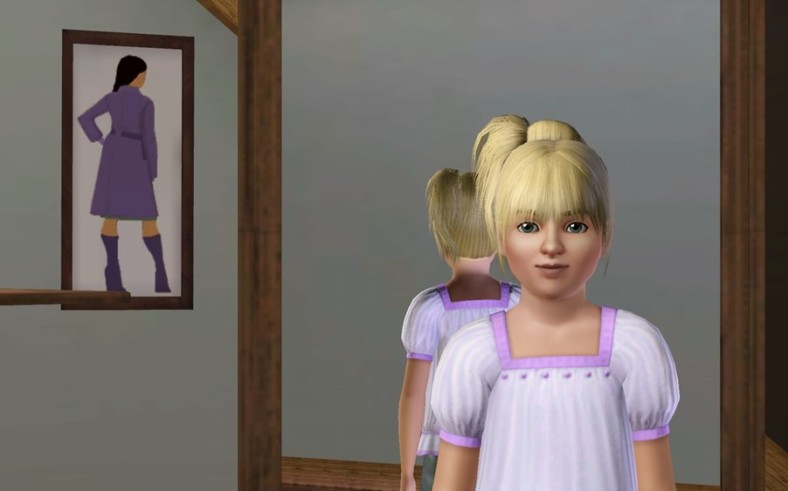 Celia raised exotic pets in a room on the third floor of the mansion.

And the family had a pony that often escaped and could be seen wandering around the town. 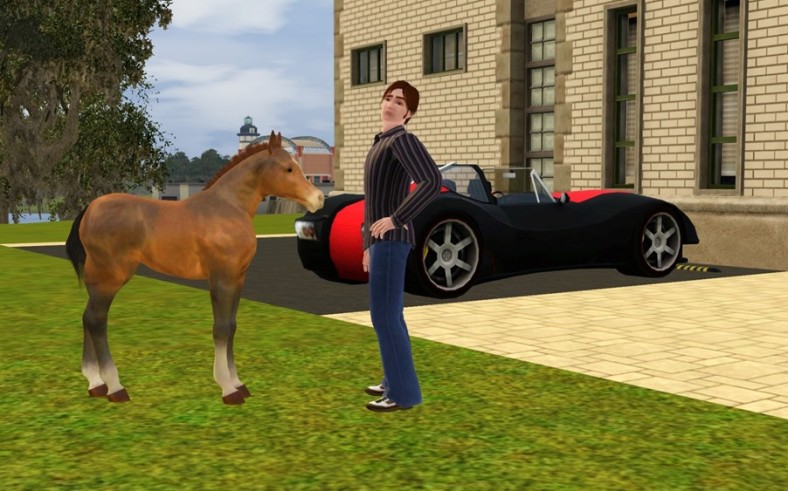 When the pony grew up it was mainly Xena who cared for the animal.

The Ringwald’s had a lot of cool stuff in their backyard.

But Ulysses loved to bowl at the local arcade near the school.

And Ronnie liked to hang out at Varg’s Tavern and play video games with the cool kids. 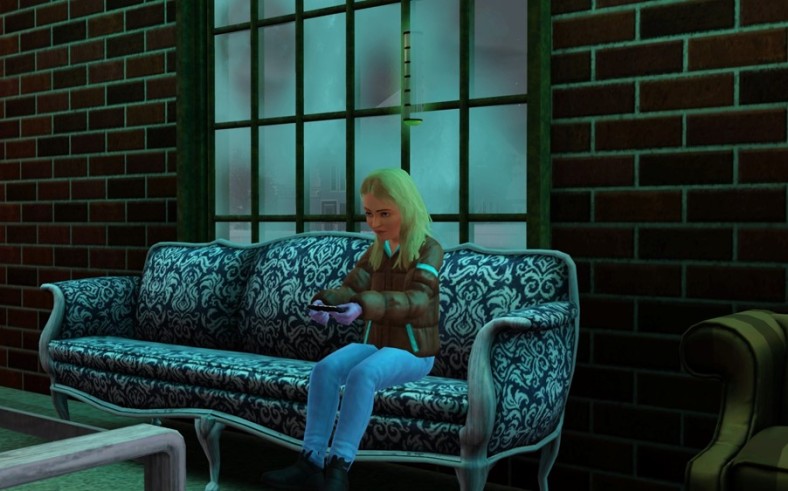