The History of Twin Bayous – Affair with a Vampire – Part One

…and Jacqueline Clemens aged up to become a teenager.

Jacqueline was a little hurt by the fact that a few days later her mother threw a large gift-giving party and invited practically everyone in town. Jacqueline still felt neglected by her parents whom she considered to be selfish and self-centered.

The party would have just been a normal party had it not been for two things. First of it was discovered that Donna’s brother-in-law, Tams Clemens, was having an affair with Bubbles Stoney. Teddy Stoney caught his wife kissing another man under mistletoe.

Secondly, Raquel Goombah showed up at the party uninvited.

And Donna made sure that everyone at the party knew what was going on.

Donna made a huge scene about Raquel showing up uninvited and she embarrassed Raquel when she ordered her “off my property.”

Being the coward that he was, Jack Clemens usually did not stand up to his wife when Donna was showing her mean spirited trait.

But on this occasion he had to say something about her impolite behavior. “The Clemens don’t behave that way!” he told his wife.

Jack was not the only one who commented on Donna’s behavior. Tracie Viernes had bought a new lap top; one that was waterproof and that she could use even when she was relaxing at the beach. She lit up the blogosphere with several scathing blog posts about the happenings at Donna’s party.

Tracie’s blog post exposing Bubbles Stoney’s affair with Tams Clemens once again caught the ire of Bubble’s father Victor Goombah. Tracie and Victor got into a huge argument at the Java Hut.

There was a lot of finger pointing and name calling.

A fight also broke out between Tracie and Celia Ringwald. Celia was upset with Tracie and was disgusted with Tracie’s attitude in general.

None of this seemed to bother either Tracie or her husband, Ariel. 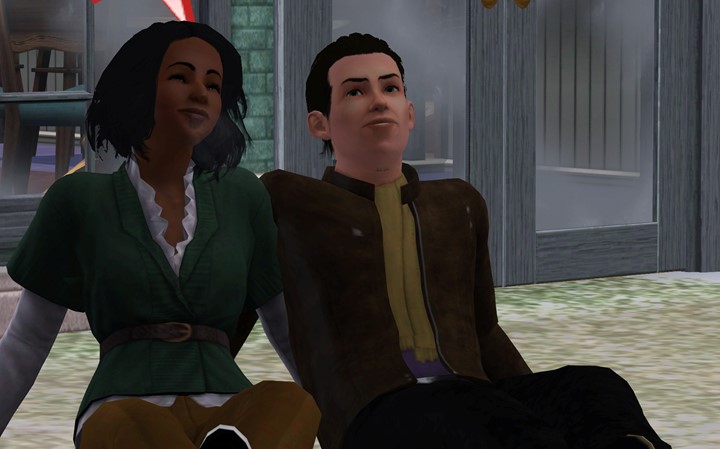 Raquel complained to her father about Donna Clemens’s behavior and normally Anton paid little attention to what his daughters would complain about, but when he heard Donna’s name this got his attention. “How is she?” he asked. 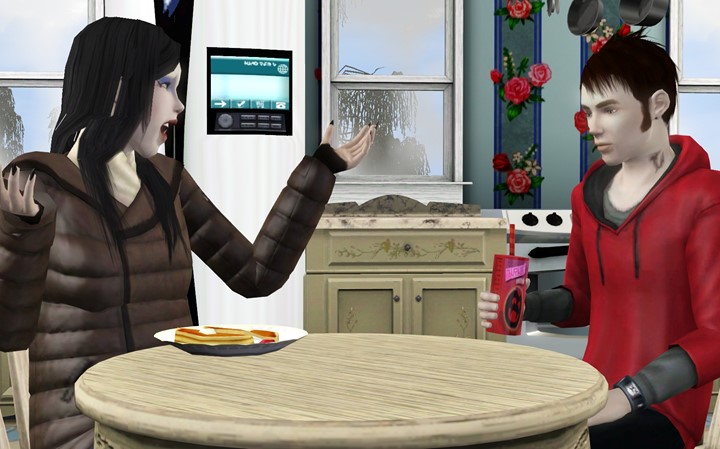 To which Raquel sarcastically replied: “Why should you care? I hear that the little bitch is pregnant again!”