The History of Twin Bayous – Affair with a Vampire – Part Three

Morgan LeFey knew all about everything that her husband was up to.

Anton had invited Jacqueline over to the Plantation. Morgan had met Jacqueline out on the veranda and found the girl to be rather naïve and stupid. 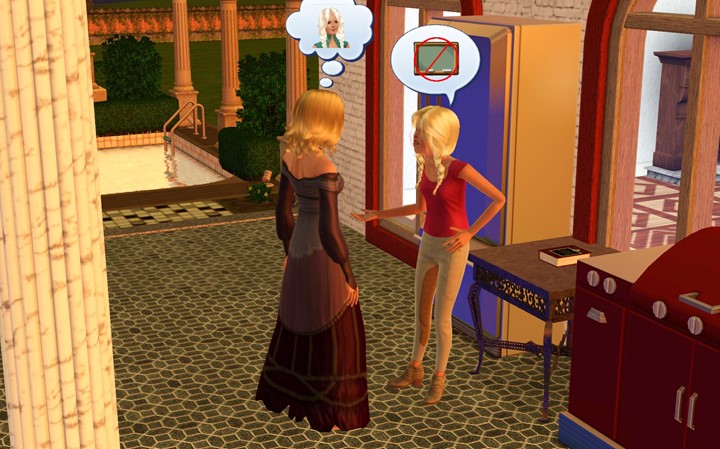 Morgan knew exactly what her husband was planning to do. 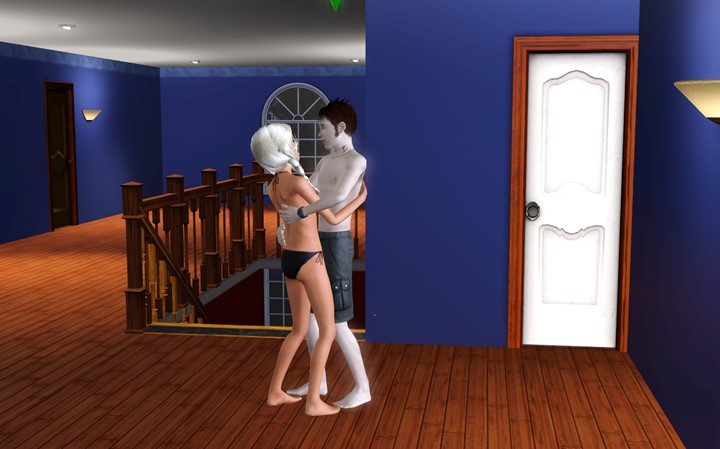 Morgan told Anton that she cared nothing about money. Her concern was about the reputation of her family. So she made her husband promise two things – that he would not “bite” the girl until Jacqueline turned aged 21 and that he would not have a child by Jacqueline as long as she, Morgan, were still alive.

Anton agreed and he told Morgan that he would “keep” the girl at his family’s old home in the Eastern Annex.

…and then he went into Morgan’s casket where she kept all of her potions. 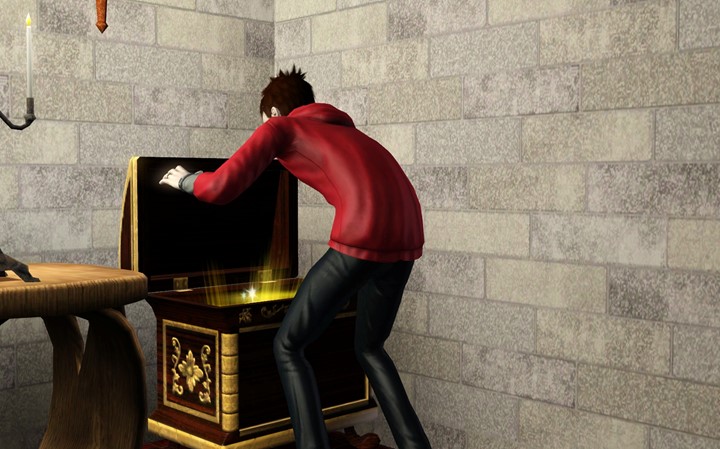 Later he and Jacqueline paid a visit to the old LeFey mansion in the Eastern Annex. While they were there, Anton gave Jacqueline a small bottled potion.

That evening, back at the plantation, Jacqueline visited the sauna.

The steam bath was extremely hot and made Jacqueline very thirsty. She had with her the potion that Anton had given her and so she drank of it. 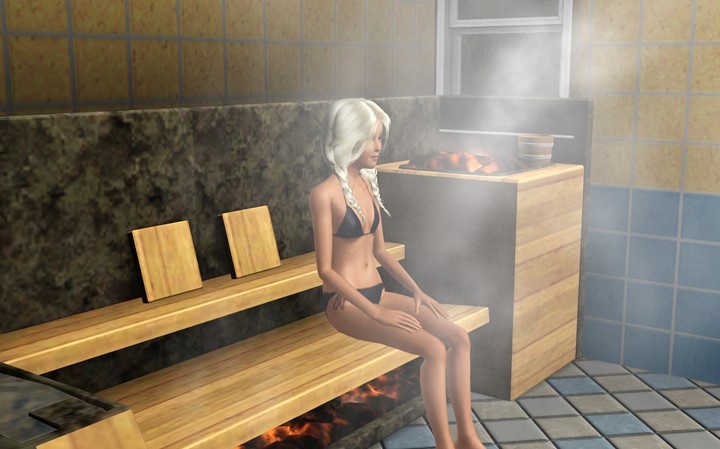 Sitting in the hot steamy sauna, the girl suddenly felt unusually cold. Her skin had turned grey and so had her eyes. She had a sudden urge to drink plasma juice. 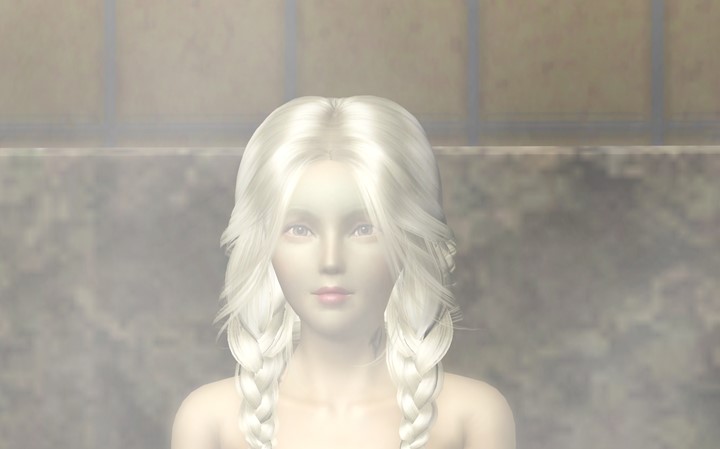 When the girl underwent her transformation, Morgan sensed immediately what had happened. 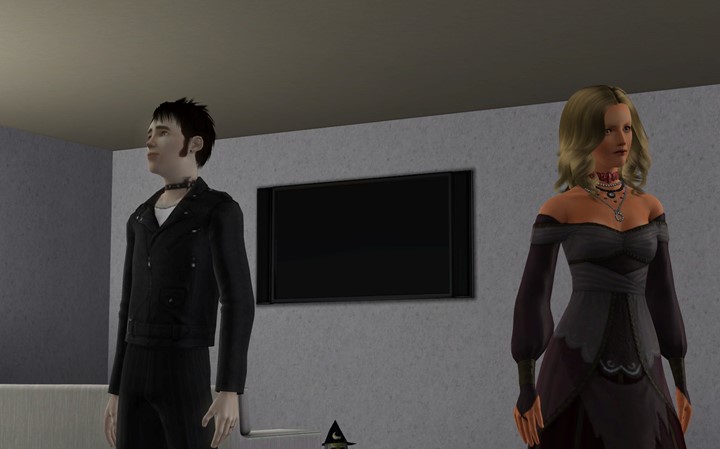 She knew exactly what her husband had done and she was not at all happy about it.

He had cheated on a technicality. She had told him not to “bite” the girl when she meant to tell him not to “turn” the girl (period).

Morgan told her husband that she too could play games and reminded him that her magick was far more powerful than his libido. 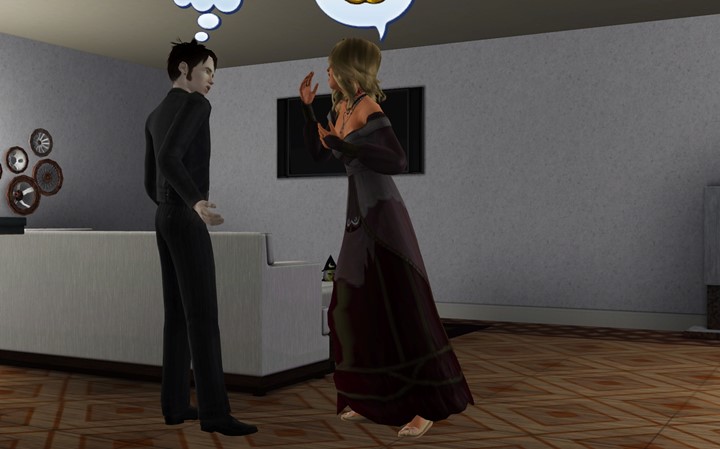 The next morning Morgan asked Jacqueline to come outside and speak with her. She asked how the girl was feeling.

Jacqueline said that she felt very strange and did not know what was happening to her.

Pulling out her magick wand, Morgan told the girl that she could fix that. 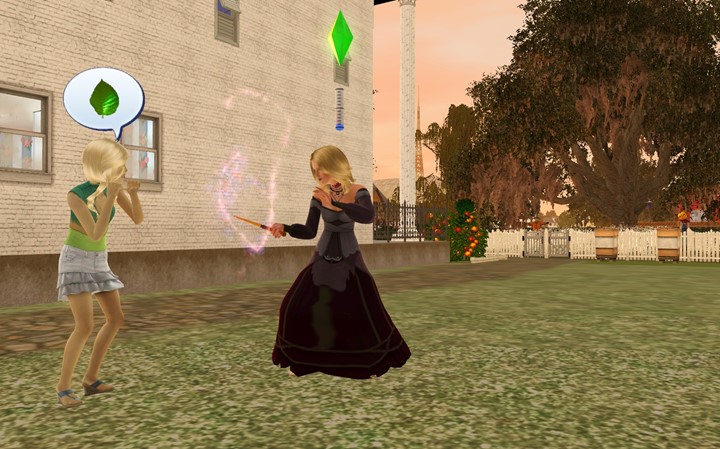 Morgan cast a spell upon the girl.

It took a few minutes to work, but Jacqueline underwent a second transformation in as many days. 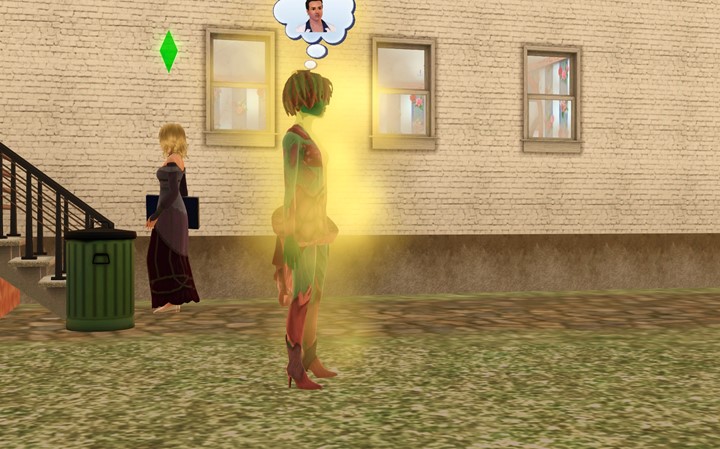 Jacqueline had been turned into a Plant Sim. 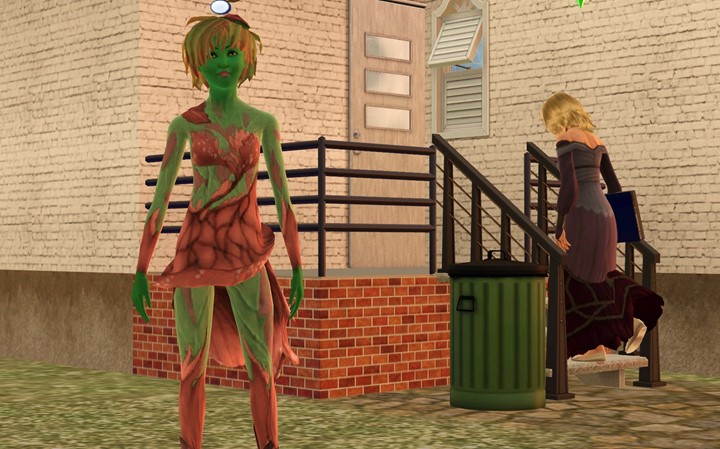 Upon seeing what his wife had done to his girlfriend, Aton rushed outside and asked Jacqueline if she still had feelings towards him.

Jacqueline remarked that she was not sure if she did or not, but she said that she surely did love Anton’s garden.

She then went off to the barn behind the main house…

…where Morgan had made for Jacqueline a lovely little room to call her own. 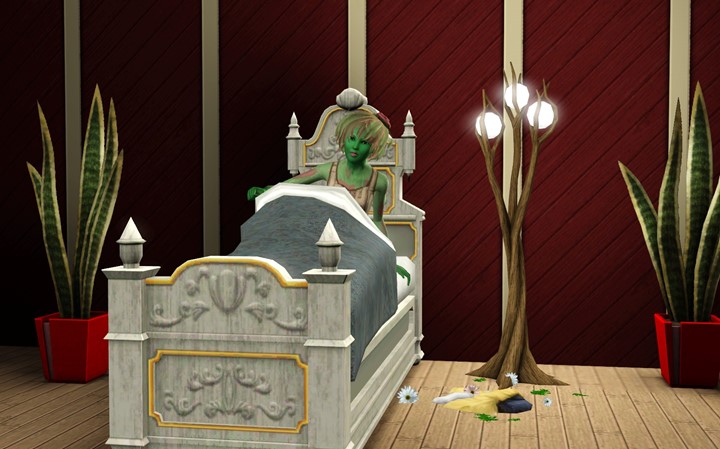