The History of Twin Bayous – Time for Celebrations

It was autumn in Twin Bayous. Anthony Goombah was busy trying to lose some weight before the holiday season began. He sure loved his mother-in-law’s pumpkin pies. 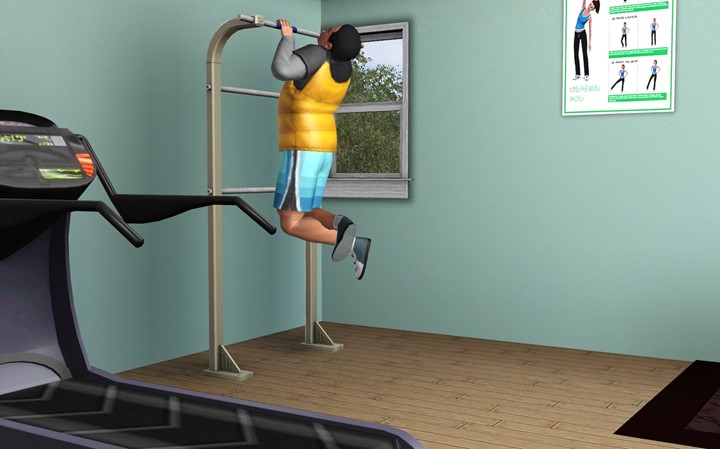 In town, the LeFey’s and the Viernes were engaged in their annual argument over the spooky house that the LeFey family put up every year in Central Park. It was always placed in the corner of the park right across the street from the Old Creole Townhouse and almost directly beneath Jose Viernes bedroom window. The spooky house made noise all night long and Jose hated it. 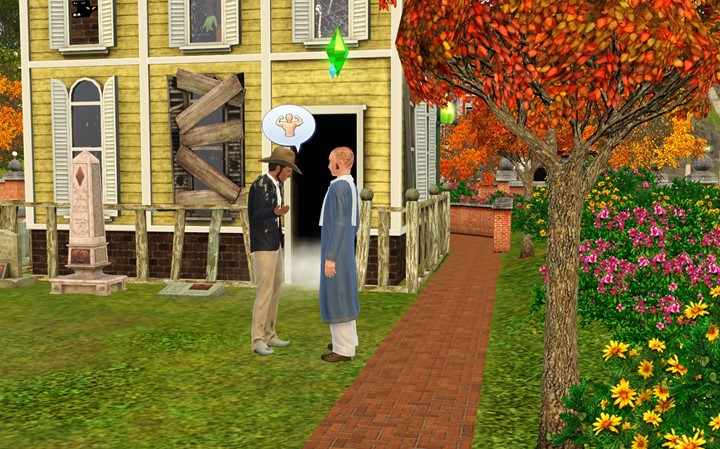 The Lefey family claimed a right to erect the spooky house in the park due to a time-honored tradition. Jose Viernes did not give a “rat’s ass” about the LeFey traditions. 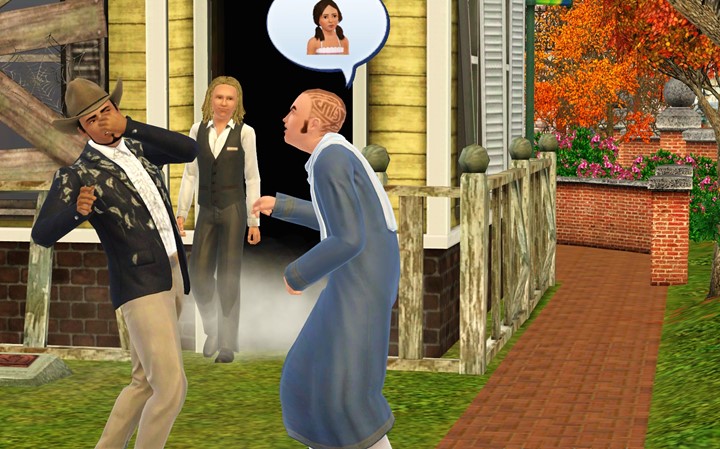 The rest of the town just went about the business of getting ready for Spooky Day. 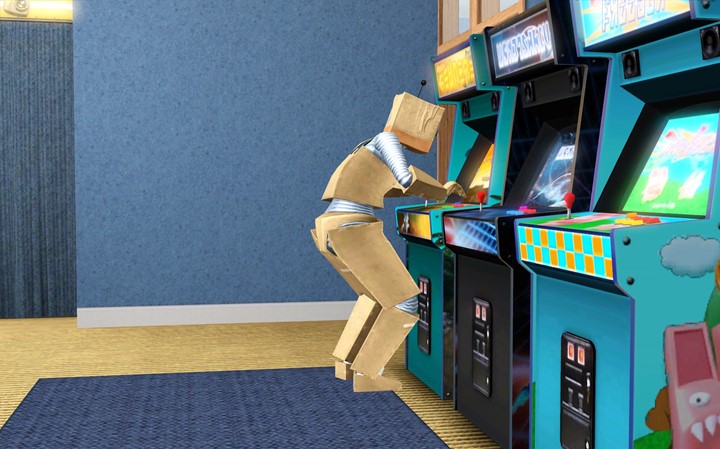 Spooky Day was not the only celebration going on in Twin Bayous. There were some birthdays to be celebrated. 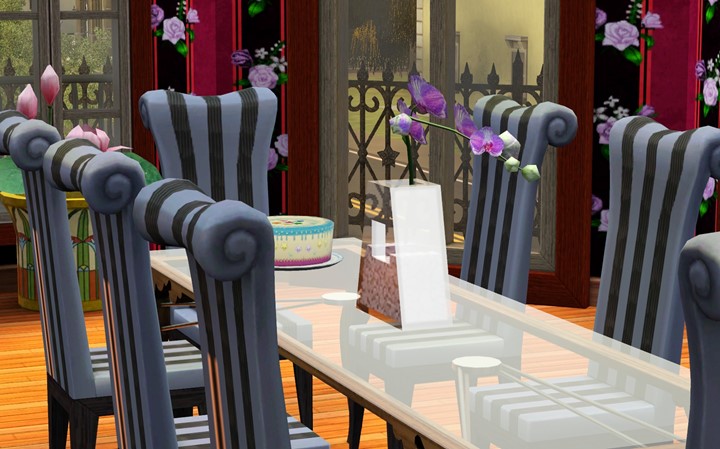 At the Viernes household, Julie Poindexter was to age up to become teen. 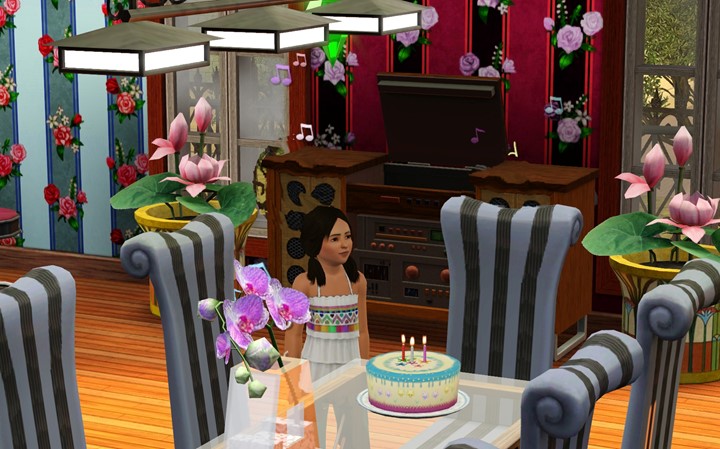 Her mother Tracie bought her a cake. Tracie did not like to bake or anything like that. 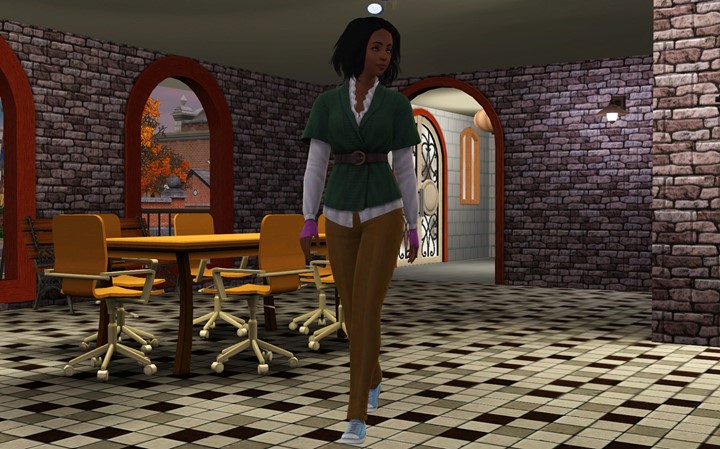 The Viernes family gathered around to watch Julie blow out the candles. 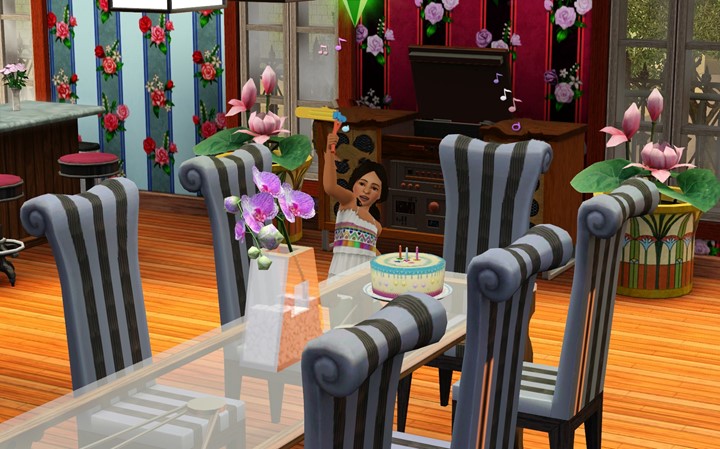 Moreover, Julie aged up to become a lovely teenager. 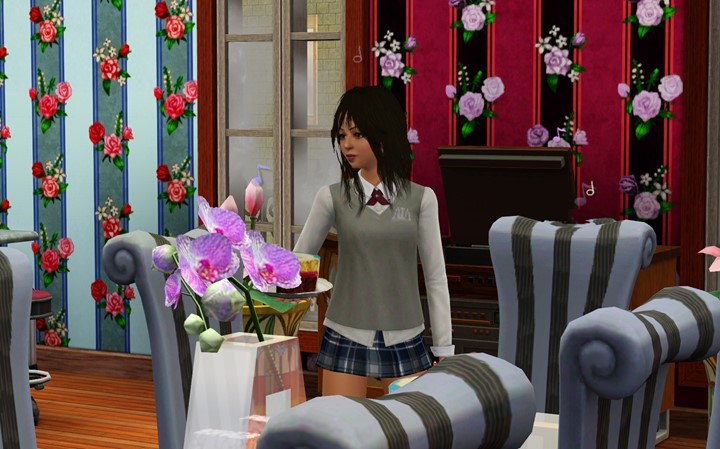 It was in the year 1915 (AS) that Julie Viernes aged up and she gained the coward trait. 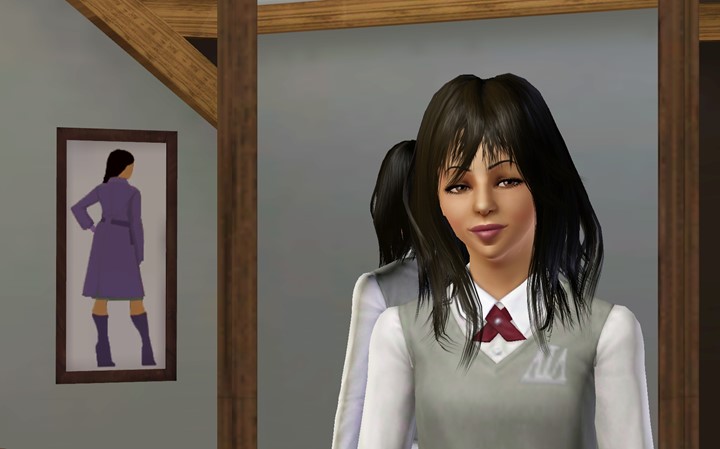 Outside of town, over on the north end of the peninsula, there was also a birthday celebration about to happen. 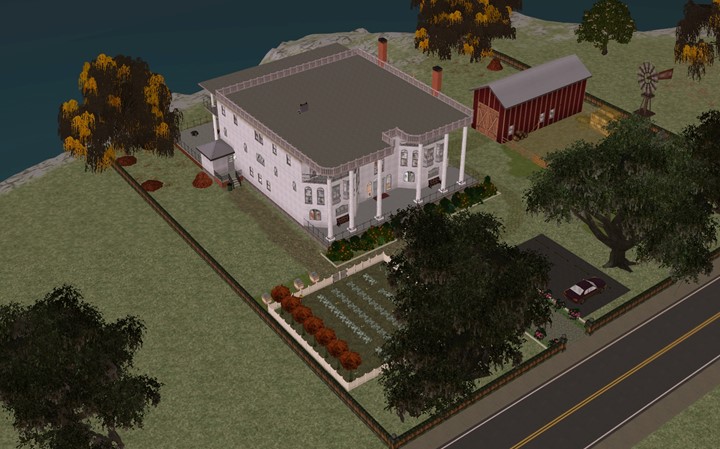 The LeFey family members were finishing their evening supper… 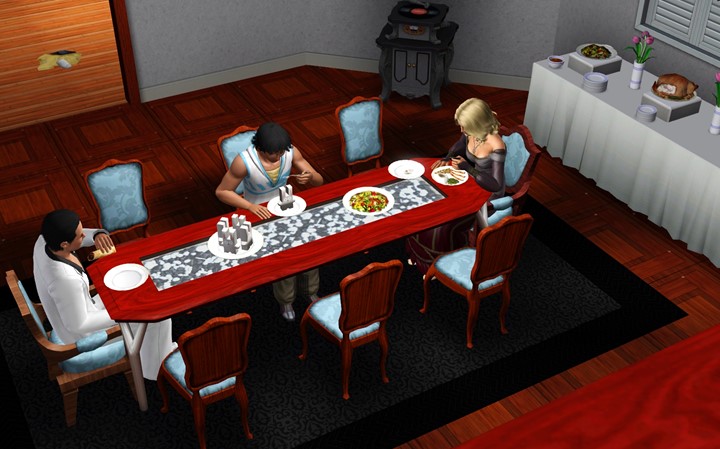 …before bringing out the birthday cake that Morgan had baked for her grandson. 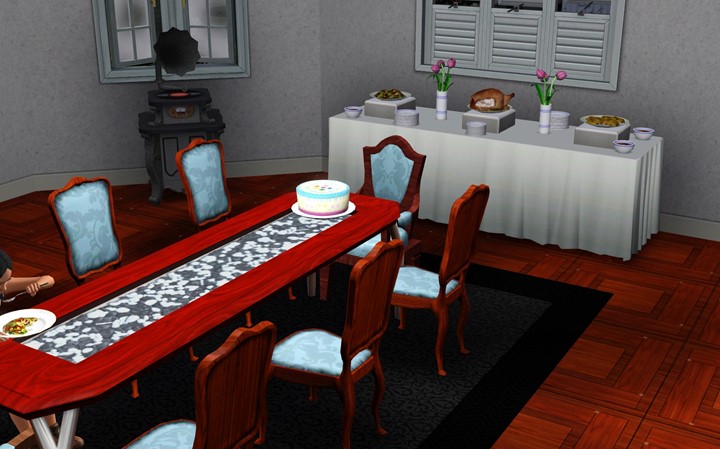 Romero Goombah was about to age to become a teen. 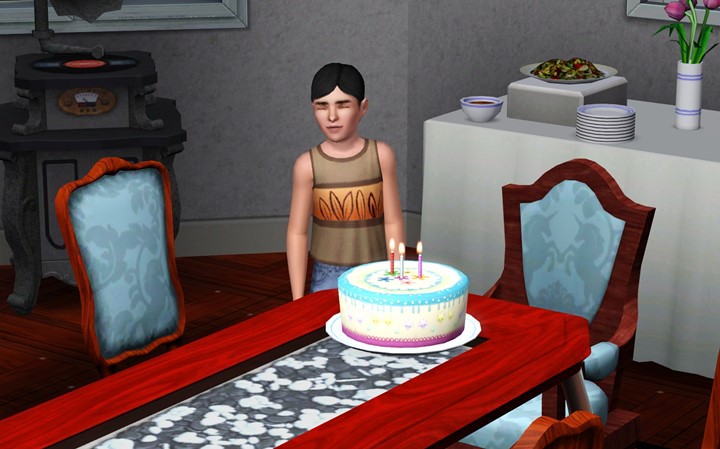 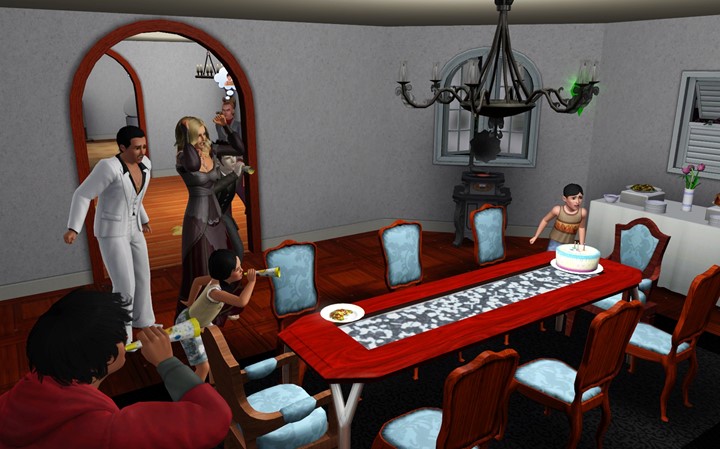 …and Romero aged up to become a handsome teenager. 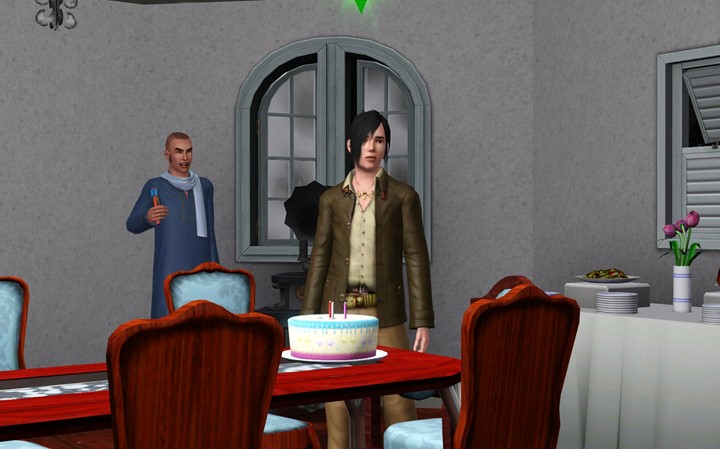 When Romero aged up he gained the hopeless romantic trait. 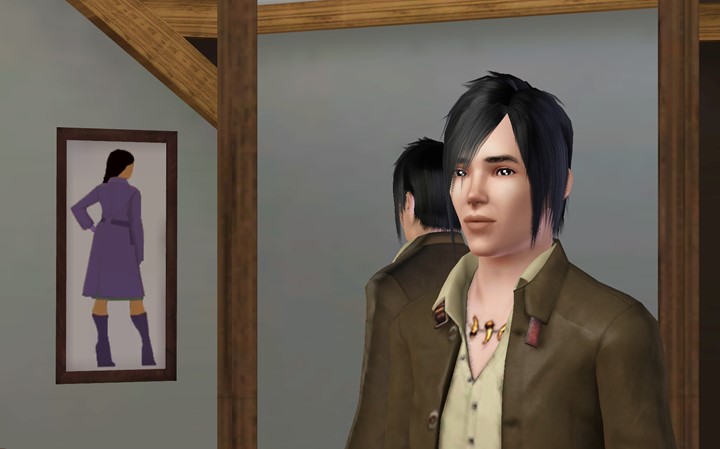 There were two other birthday celebrations held that same day and both birthdays were celebrated at the fabulous Ringwald mansion. 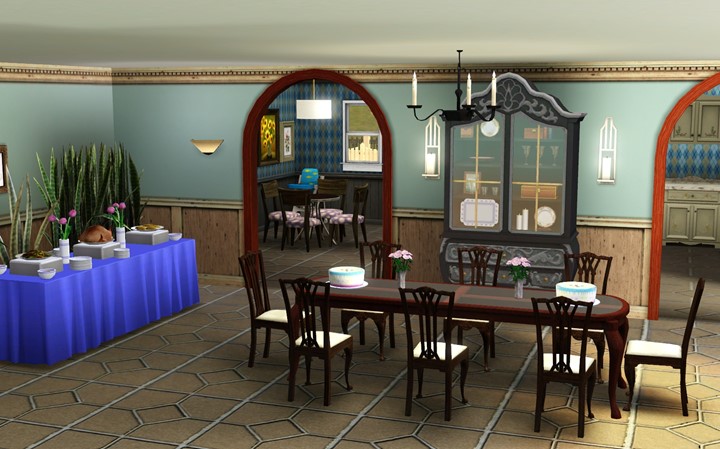 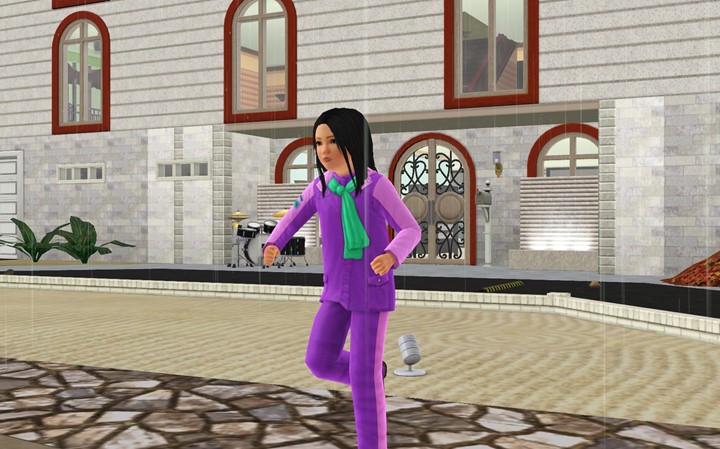 …and for her BFF’s son, Sawyer Clemens. 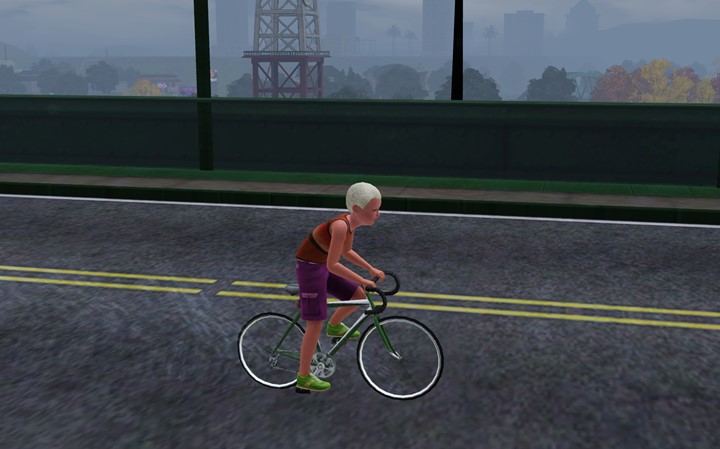 Ronnie had invited practically the entire town for the birthdays. 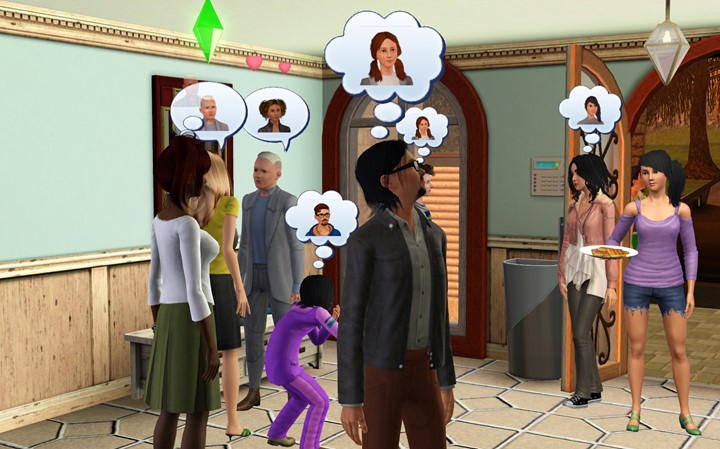 A crowd gathered around to watch Donna Clemens’s son, Sawyer blowout the candles on his cake. 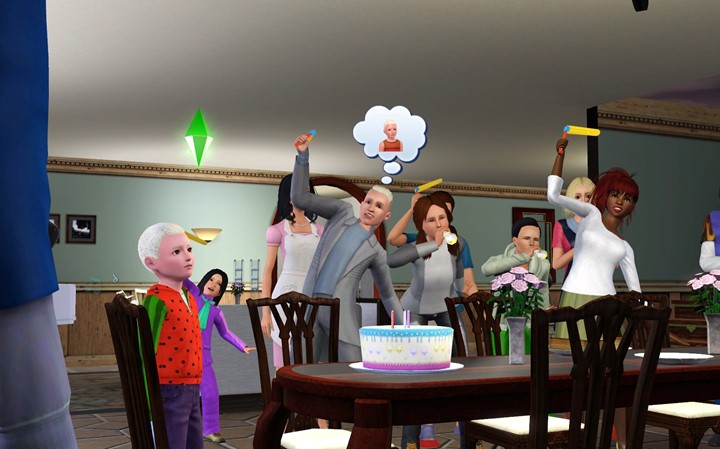 Sawyer aged up to teen. 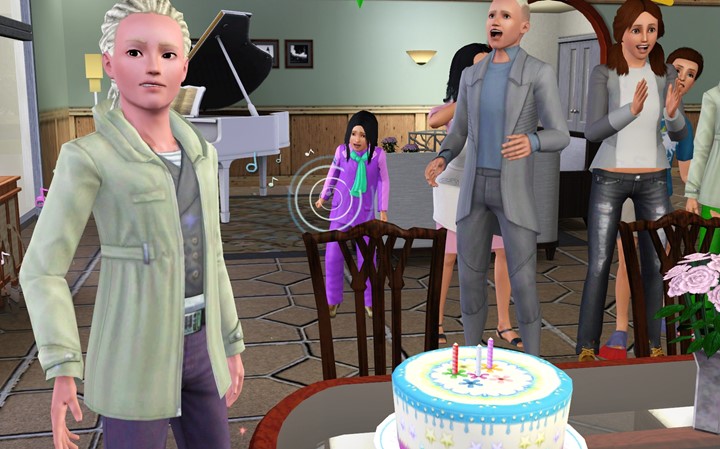 Next up was Ronnie’s daughter, Jamie, and everyone watched as she blew out the candles. 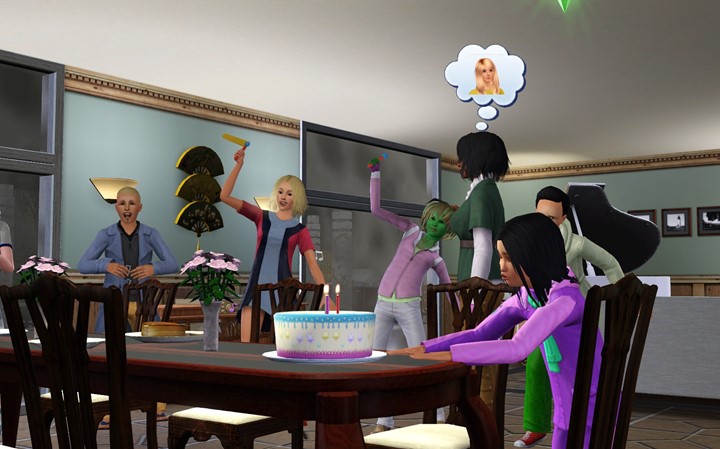 Jamie Stoney aged up to teen. 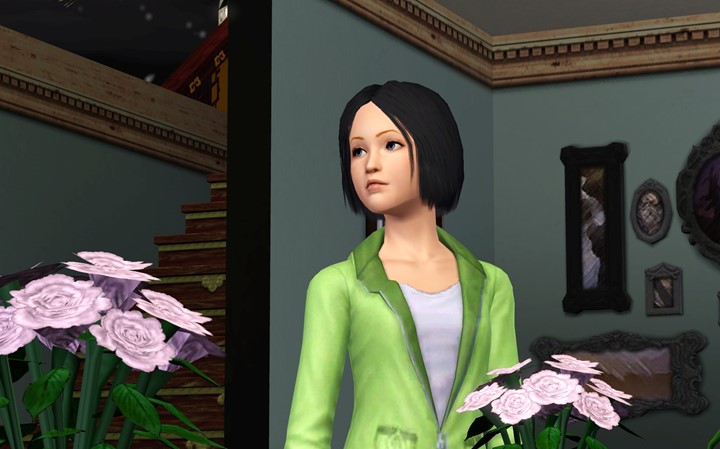 Donna liked Jamie and she hoped that someday Jamie would become her daughter-in-law. 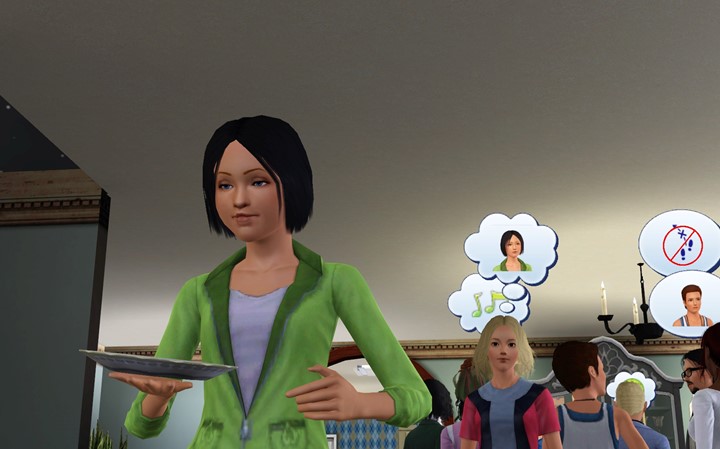 Ronnie Stoney was also a fan of Sawyer Clemens and wished for him to become her son-in-law. 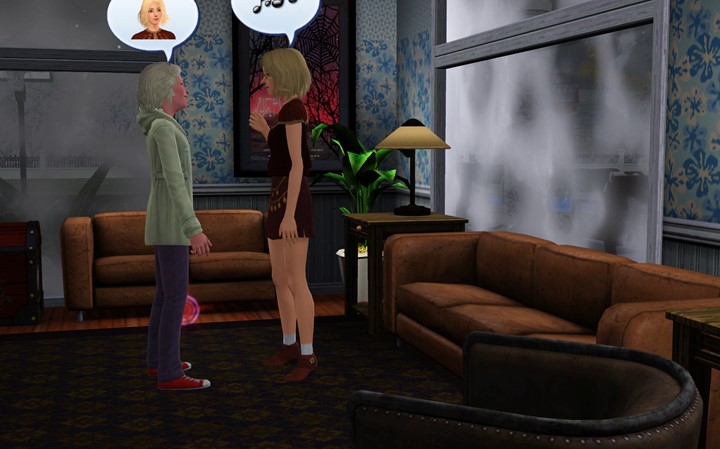 The two mothers were lucky because it seems that Sawyer and Jamie did like each other. 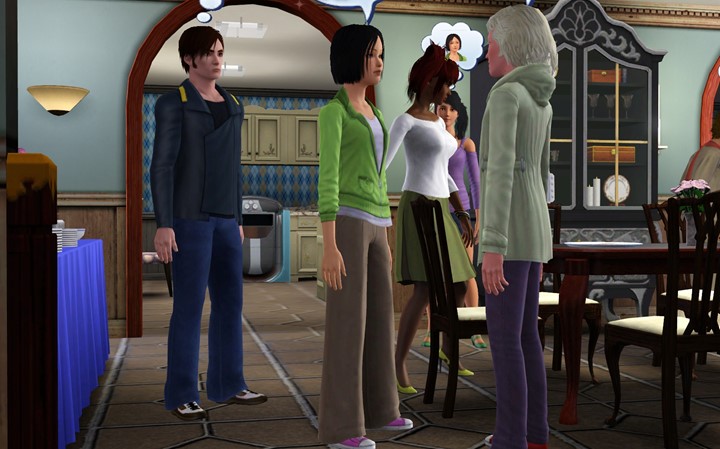