The History Twin Bayous – Not As I Do

After the Snowflake holiday, it was now Charles Clemens turn to age up. 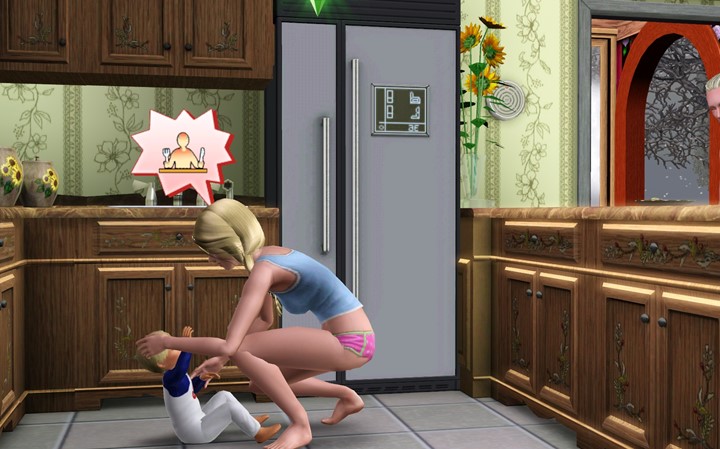 Charles Clemens, youngest child of Sawyer and Rochelle had gone from being a toddler and was now a child.

Sawyer had taken a few days off from work and was happy to spend some quality time with his family. 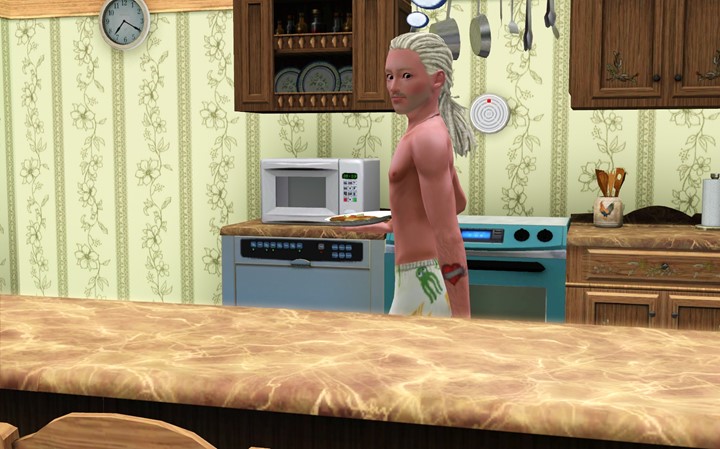 But the holidays were now over and Sawyer needed to return to his office at the Bayeaux parish sheriff’s station.

When Sawyer went back to work, Charles was not yet in school and he went with his father to work.

In the middle of the day, Sawyer got a call to investigate a report of supernatural activity at the city cemetery. Given his standing in the town, Sawyer did not argue with the caller and he went there to look for clues.

After looking around for a while, Sawyer wrote up some notes for his report.

That evening Huckleberry was busy repairing his computer.

While his sister Carina went to visit her grandparents in Eastdale. She pestered her grandfather into reading her one of her great-grandfather’s more famous children’s stories, The Witch Queen of the Twin Boughs.

Meanwhile the ghost of Mark Clemens was active on this particular night.

Charles heard some strange noises through his window and being curious he wander out to see what was going on.

In the garden, he came upon the ghost of Morgan LeFey and he ask her if she would read him a bedtime story.

Morgan followed Charles inside the house, but before she started to read him a story she told him that she wanted to go upstairs and speak to the boy’s brother for a few minutes.

She found Huckleberry sleeping in his bedroom and she woke the boy up by making some noises at the bookcase.

Naturally, Huck was rather upset by being awakened by a spirit from the other world and when he saw the ghost of Morgan he felt sick to his stomach. 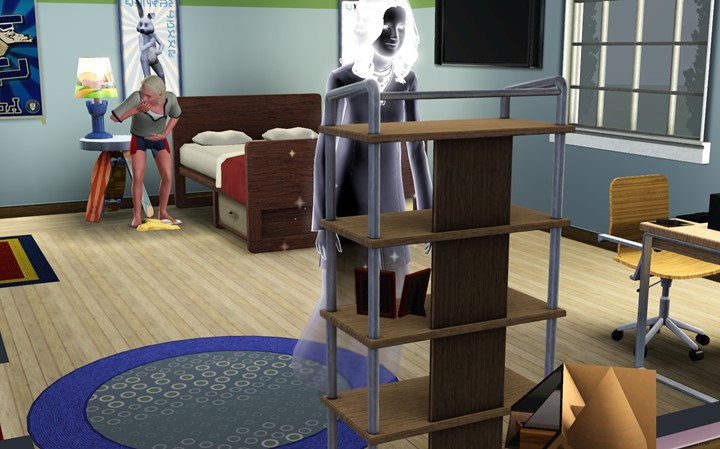 But Morgan calmed the young man and asked him to sit beside her on the couch so that she might speak with him. 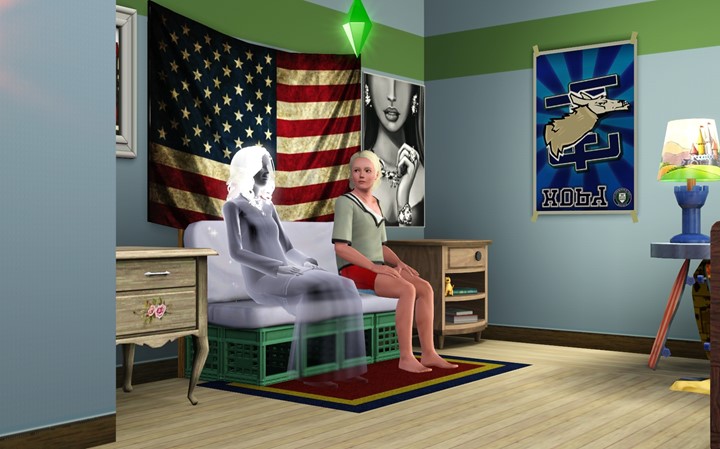 Morgan asked Huckleberry if he would be so kind as do her favor. To this Huckleberry agreed to do whatever she asked.

Morgan then asked Huckleberry to compose a message to her great-granddaughter, Sheena and write to her the words “I love you very much.” 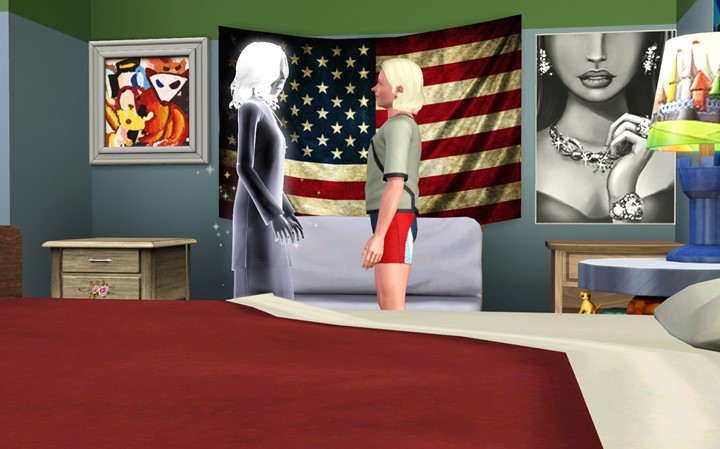 As the sun was now rising, Morgan disappeared and Huckleberry, feeling as if he were almost in a trance, went downstairs to comply with the wishes of the ghost of Morgan LeFey. 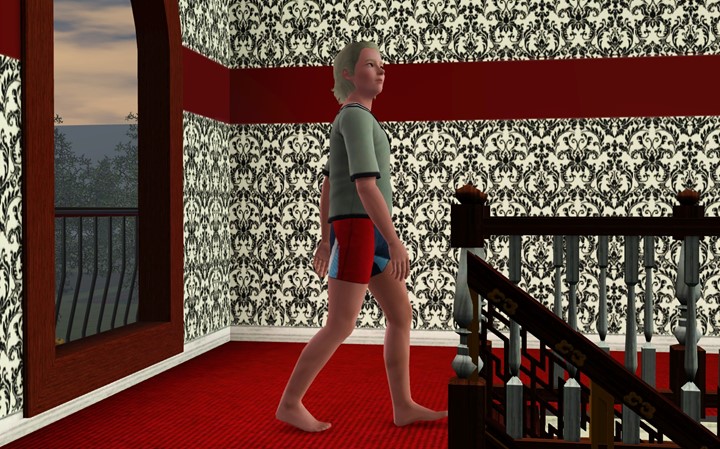 So Huckleberry Clemens composed a note to Sheena Goombah, writing “I love you very much”. 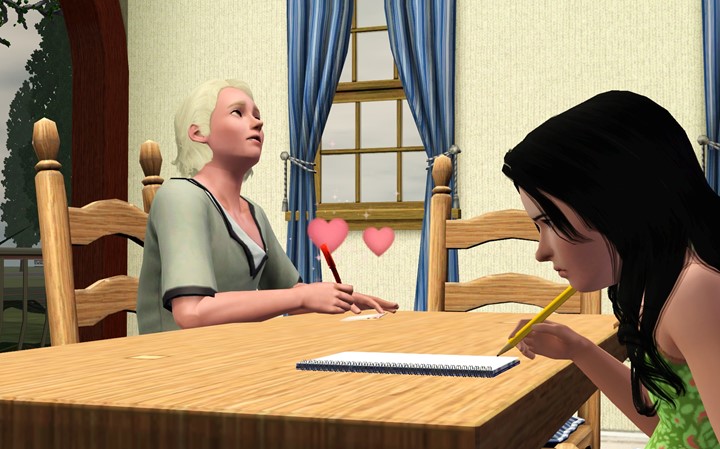