In July of 1978, Jackie, Mike, and their son Mykolas arrived back home from their trip out west to Simfornia.

While they were in Angel City, Jackie had thoughts that maybe she would want to live there, but as they got to the turn-off for their house on the Apasimmacola Bayou, Jackie starting singing the lyrics to the Linda Ronstadt song “Blue Bayou“… 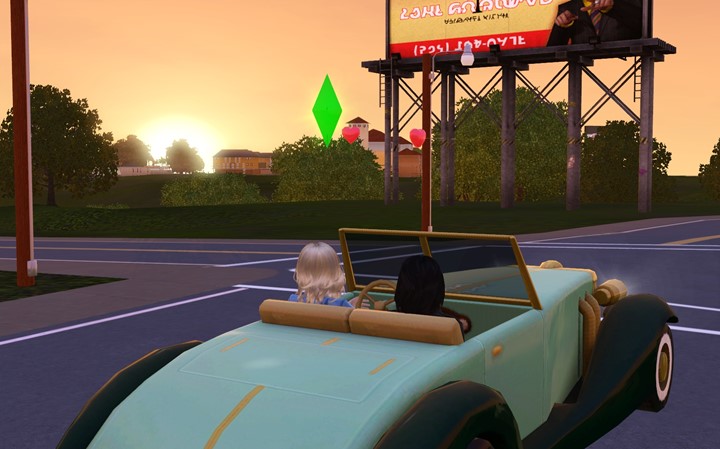 “I going back someday. Come what may…”

In town, everyone else was gathered at city hall for a graduation event.

The fifth generation of Twin Bayous was about to make a transition to their next stage of life. 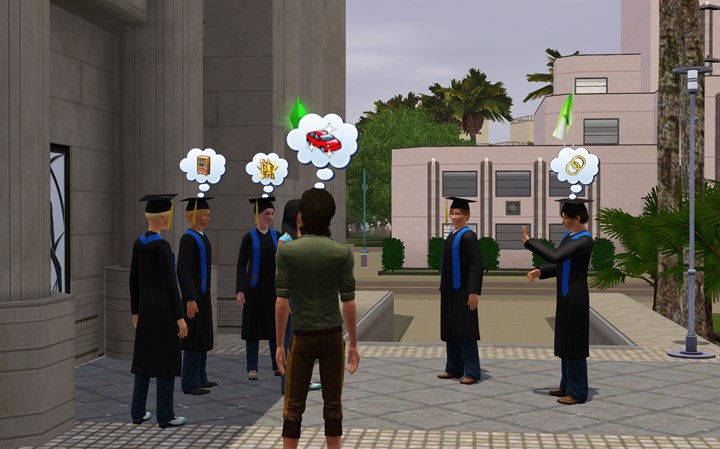 But just as the graduation ceremony was about to begin, there was a loud explosion that shook up everyone and almost started a stampede.

Everyone in town reacted to the loud blast and soon a caravan of fire engines was headed towards the north-end of town. 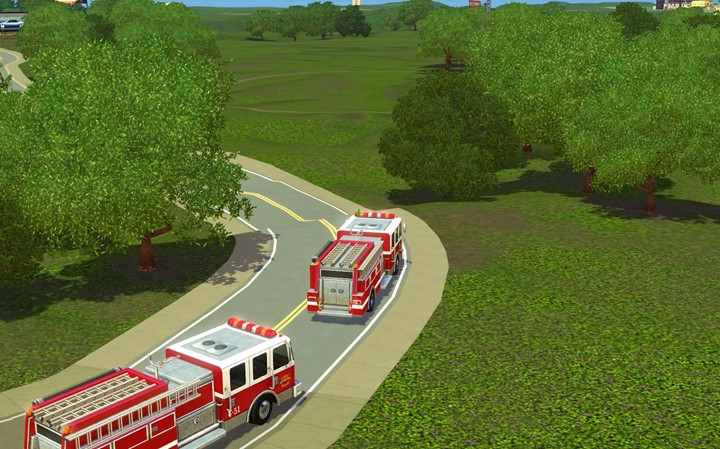 A fire had started when a bolt of lightning struck the fortress-like Goombah mansion, north of the downtown area.

This was quickly followed by a series of meteor strikes that hit the street between the mansion and the Market Basket grocery store.

This strange activity was caught on web cams mounted on the tall buildings a few blocks away.

That evening the local television station played over and over again the images of the deadly meteor strike on the Market Basket parking lot. 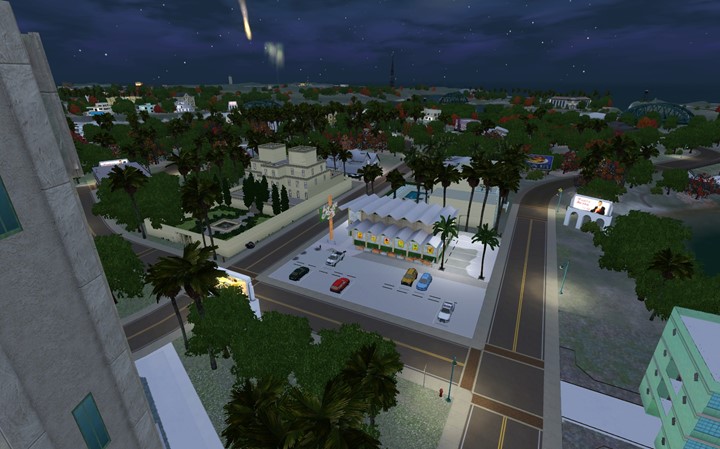 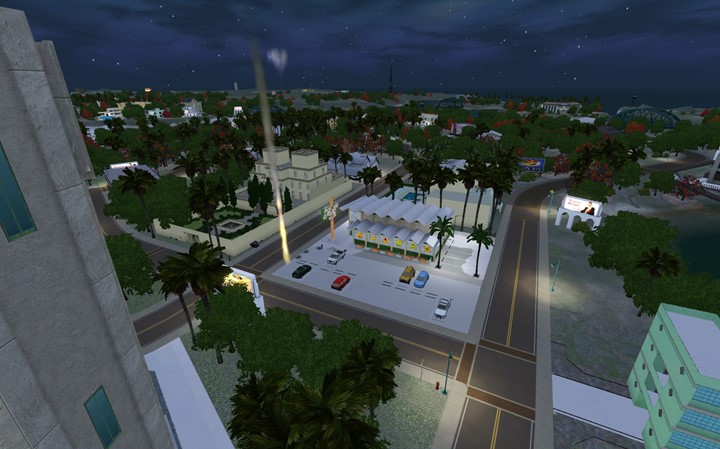 The first responders knew from the cars parked in front of the grocery store that there were a number of people at the store at the time of the strike. 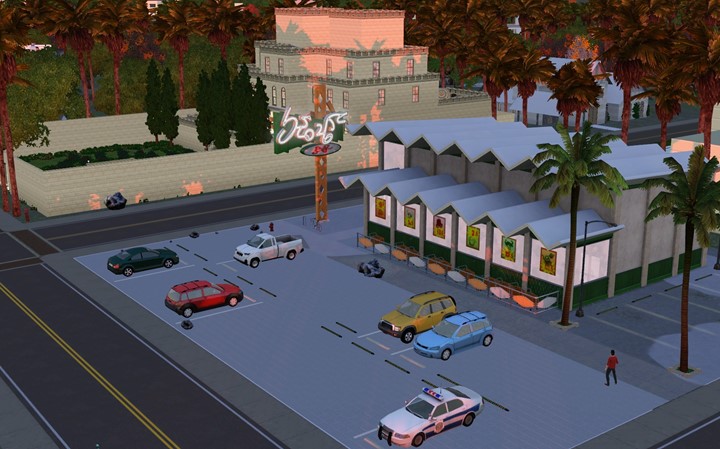 They were able to identify the owners of the cars, but they were unable to locate the owners and only one body was found and identified.

Sheriff Sawyer Clemens made the identification of the one person confirmed dead.

He informed his wife, Rochelle, that the victim was an old friend of theirs.

It was Julie Goombah, daughter of Ariel and Tracie Poindexter and mother of Sawyer’s daughter-in-law. 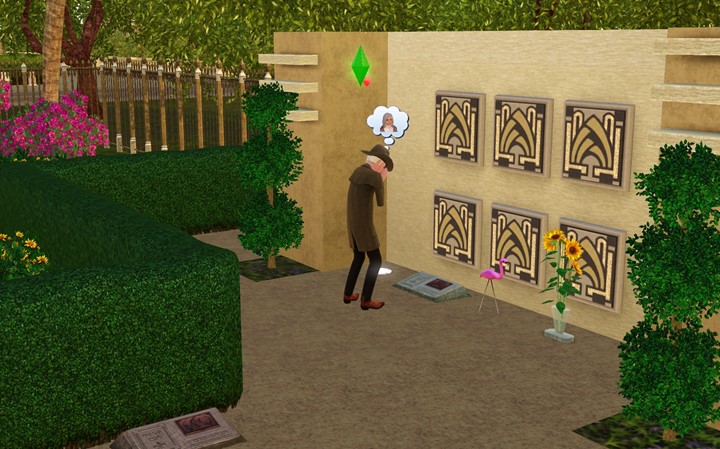 They paid a visit to the Goombah mansion, looking for the reclusive Romero Goombah. There was no answer at the gate. 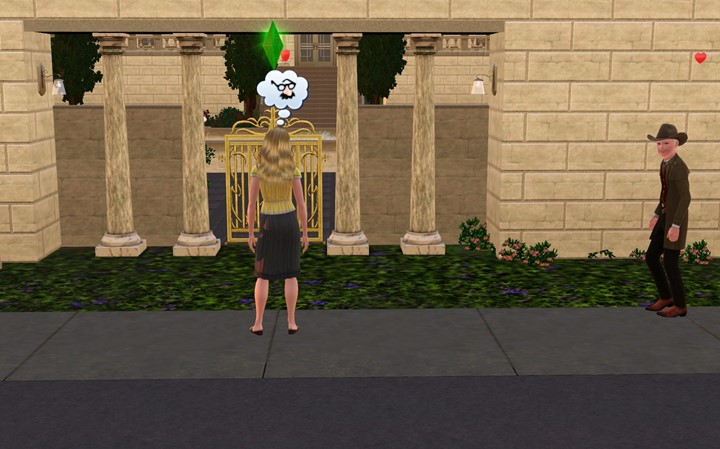 With a sigh of resignation, Sawyer admitted to Rochelle that he was “getting too old for this” and that he was going to need help with the investigation of the mystery of the missing sims. The next morning he made a call to a security company located on Sunset Strip in Angel City, Simfornia.