The History of Twin Bayous – Payback’s a Bitch

After she discovered me dead in the front parlor of the house that we shared. Wendy went upstairs, changed her clothes, and then headed out to the gym on the far side of town. Since I was now a ghost and could be seen or unseen at my choosing, I tagged along unseen.

The city gym was in an isolated corner of town and it seemed that if you were looking someone in the middle of the day and they were not where you expected them to be, they could found at the gym. Or at least that is what I thought. I later discovered that Wendy actually had a sixth sense that told where anyone that she was looking for could be found.

In this particular case, she went looking for Joe Monday…

Wendy wasted no time and very little words in her effort to cast a punishment on Mr. Monday.

In fact, her only words were those in the ancient Gibberish language. 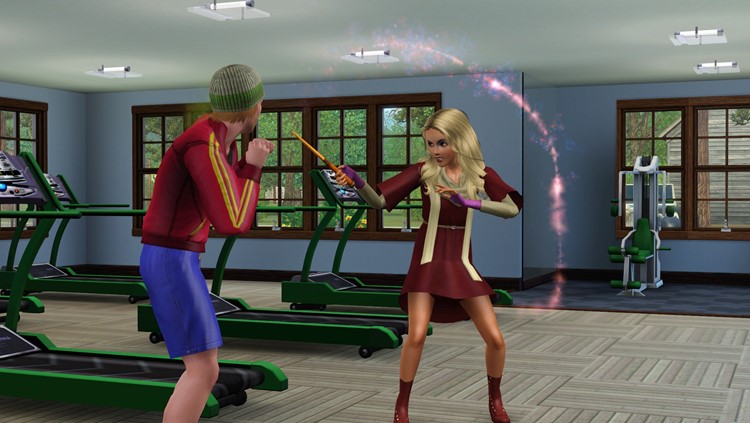 I believe that Mr. Monday’s only words were “mommy!”. 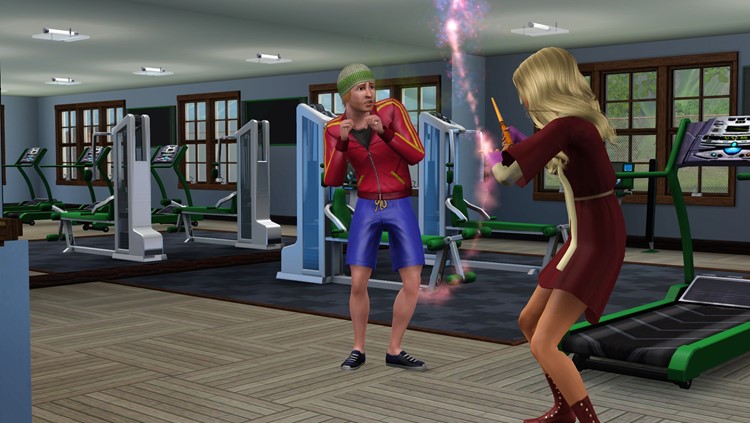 When Wendy finished her chant, she paused for effect and watched as her spell began to take its first effects.

When Joe Monday fled from the gym, Wendy casually went over to the snack bar and ordered a green shake. However, I decided to follow Mr. Monday to see what he might do next.

It was now that I discovered that the cop car I had been stressing over was indeed connected to something awful.

His destination was the motel up the street from where we lived.

When he got to the motel, he stood outside one of the rooms and began frantically barked orders to whomever was inside the room. He was telling them that they all needed to get going, that they needed to get out of town and fast. 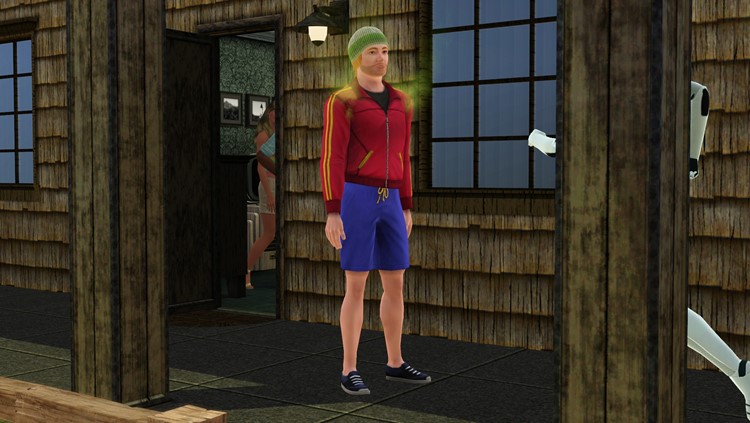 Out of the room came a woman dressed as an alien. Was it the woman we met in Lucky Palms?

Followed by another woman, whom I guessed was pretending to be Wendy. However, she was wearing way too much make-up.

These two women got into a car disguised as an UFO and drove off while Joe went into the room and changed his clothes.

As he was starting to leave the room, he suddenly began to undergo a strange and horrible transformation.

He was bathed in a fiery glow.

When the transformation was complete, Joe went to a mirror and was horrified to see that he had become a werewolf. In a moment, he changed back again to human. 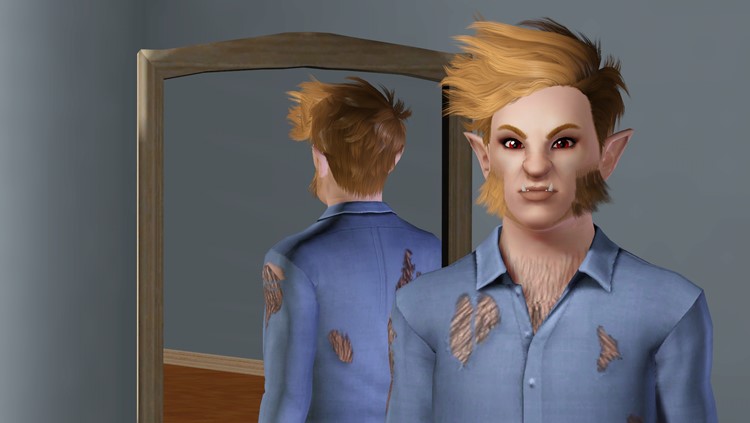 Then Joe ran out of the room and started to get into his cop car. 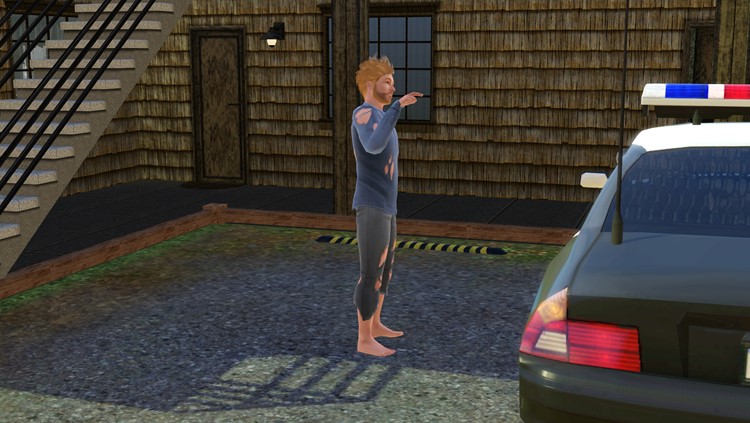 But not before he began another transformation.

Joe must have sensed my presence, because he spun around as if he was expecting there to be someone there.

Still unseen, I climbed into the car with Joe wanting to make sure that Joe was in fact leaving town and not staying to try and harm Wendy.

Joe was on the only highway that led out of the valley.

But just as he was about to cross the line that marked the city limits of Moonshine Falls, Joe’s cop car disappeared and Joe (& I also) were left standing on the shoulder of the highway. There was sign on the side of the highway that read: “Travel guidelines expressly forbid traveling while under the effects of a mystical transformation”

It seems that Wendy had cast a second spell on Joe. This other spell was set to make it so Joe was trapped and could not leave the valley. In fact, she made it so that Joe was cut off from having any communication with the outside world. She did not want him telling Elvira Richland that he had found us. She was following the old rule of “Keep friends close and keep your enemies even closer” 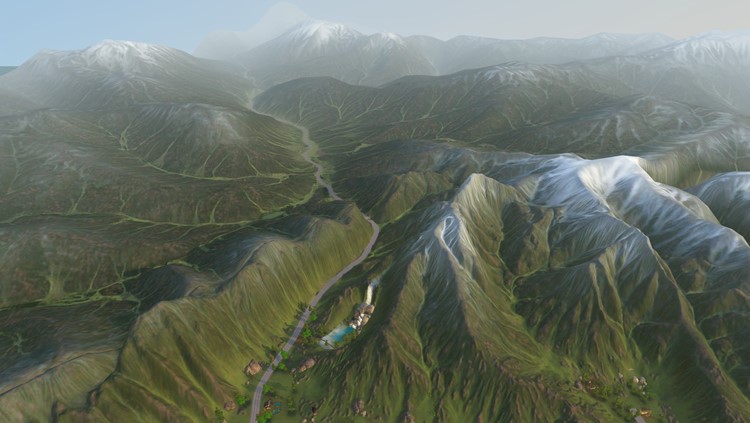 This all went down in about 90 minutes and I got back to the house just in time to watch the last few minutes of Scooby’s All Star Laff-a-lympics. 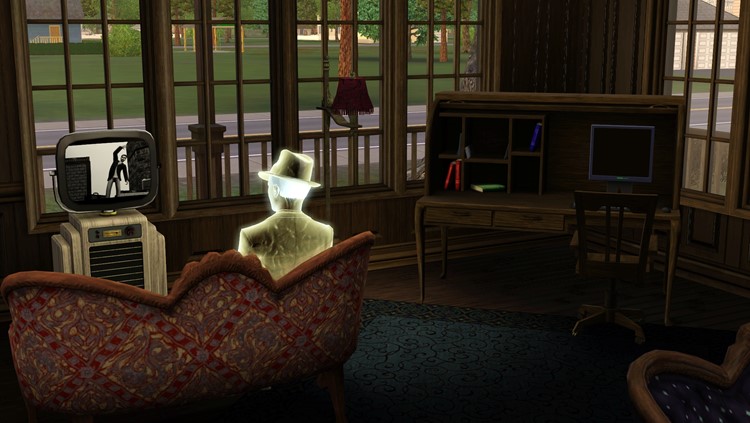 While I was sitting there, I could hear some noises from the bathroom. It sounded as if Wendy was being sick.

At first I was feeling very sad for her, but then when I heard her in the tub singing a particular song I realized what was going on. The song she was singing was “Rock-a-bye, Baby”!