The History of Twin Bayous: A Reunion

The day after we arrived in Twin Bayous, Jamie and I went to see her sister, Rochelle. Instead of going to the Clemens Valley Farm, Rochelle rented the Goombah estate mansion in town and had everyone meet there for a cocktail party. 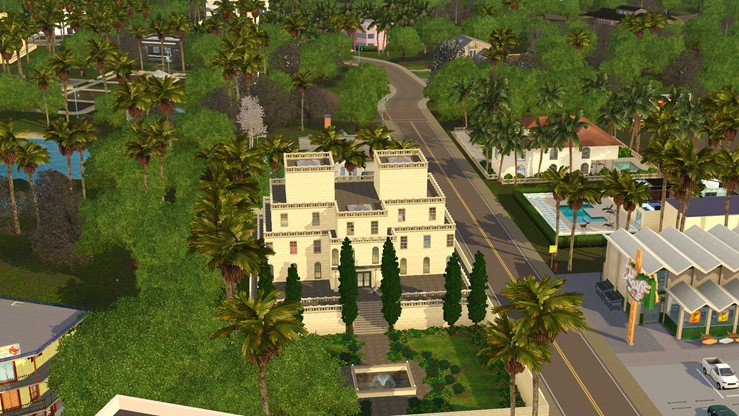 Rochelle is Jamie’s younger sister. Yet Jamie stopped aging when she became a ghost, after she was murdered in 1942. That was fifty years ago, and today Jamie appears to be 39 and holding, while little sister Rochelle is now 80 years old. 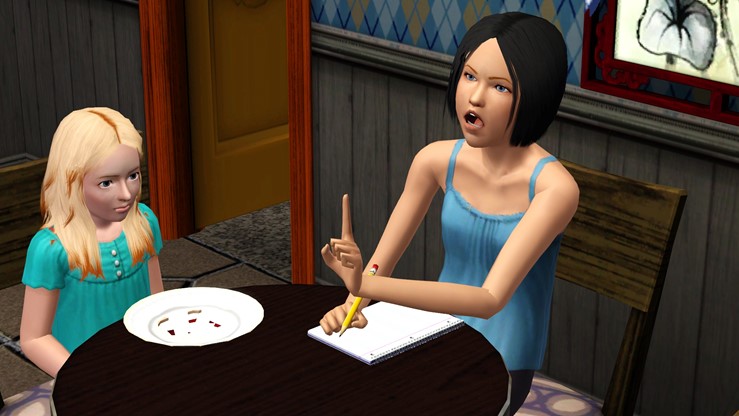 I thought from what Jamie had been saying, that her sister was ill and near death. However, Rochelle looked fine to me.

Another ageless beauty was also in attendance. Rochelle’s sister-in-law, Dr. Jackie Dutranoy, owes her youthfulness to her husband having created a “Young Again” potion for her back in the early seventies. Jackie is actually in her nineties. It has been twenty years since she consumed the potion and I guess that would make her to be about 40 now. 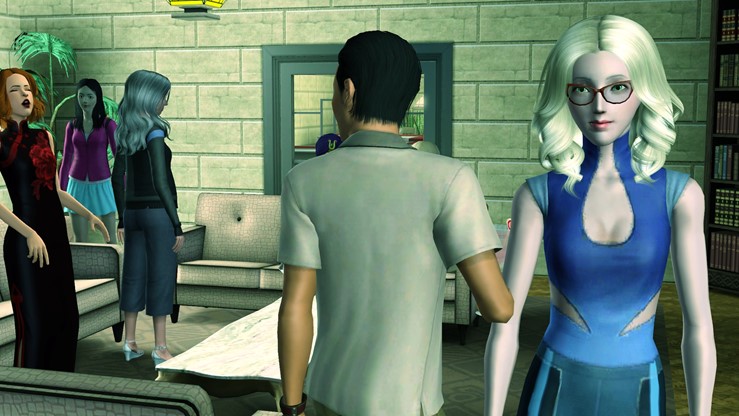 Dr. Jackie was there with her husband, Michael the fortune teller, and Jackie’s granddaughter, Hollie. (see season 6/episode 15) 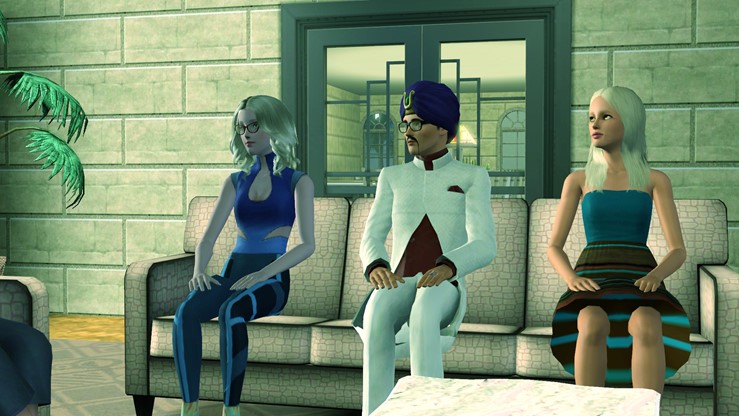 Rochelle’s daughter, Carina was there. She stayed behind the bar, mixing and drinking drinks. So far, she had not said a word to me. Which I found to be a little awkward. (see season six/episode 24)

Mykolas, the little boy who I tricked into letting me steal the grimoire and other items from the Dutranoy household all those many years ago was now 18 and engaged to be married. (see season seven/episode 1)

Mykolas was telling everyone the story of how he and his fiance, Faith Clemens, started going together.

It seems that in Twin Bayous there is not a single school where high schoolers go. There are specialty schools scattered throughout the city. There is a school for Business, one for Culinary, Fine Arts and a Military School. For social reasons the school published, on-line, a page called the “facebook” showing pictures of all of the students.

…while Faith attended military school on the southeast side of town.

Browsing the facebook page, Mykolas saw a girl’s picture that totally blew him away. Staring at the picture of Faith Clemens, Mykolas fell instantly in love. His mother had warned against “love at first sight” and not to be too concerned with looks, but Mykolas wanted to ignore her. 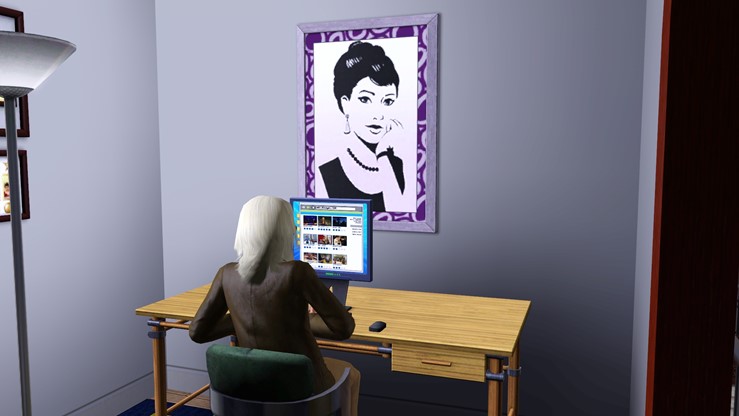 Then he looked up at a picture hanging on the wall above his desk and that is when his heart sank. 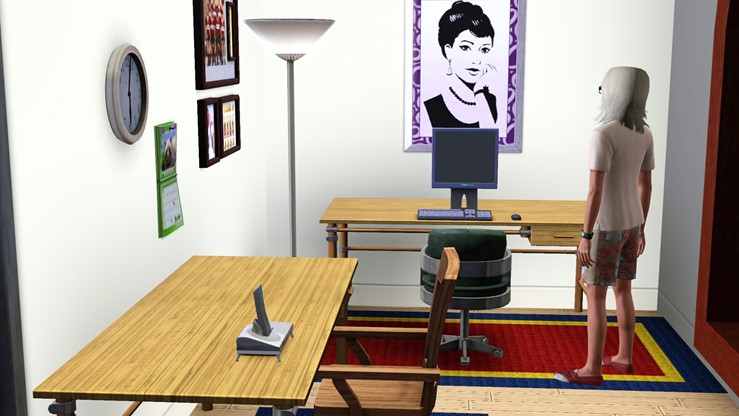 The picture on the wall was of his maternal grandmother, Donna Gentille Clemens. Faith Clemens was the mirror image of his grandmother and this meant that Faith must be a cousin of his.

Mykolas had been told that it was forbidden for cousins to engage in any sort of romantic relations. He needed clarification, so he sought out his father for advice.

Michael explained to his son that “In the state of Louie-simiana we have what is known as the Simoleonic code according to which siblings and first cousins are forbidden from engaging in romantic relations of any sort.

“Is this girl a first cousin?” Michael asked his son.

Mykolas did not know the answer to that question, so the pair went on-line to consult the official registry. They found the answer and the answer was “No”.

This made Mykolas and Faith “first cousins once removed” and therefore under the Simoleonic code they were allowed to date and etc. 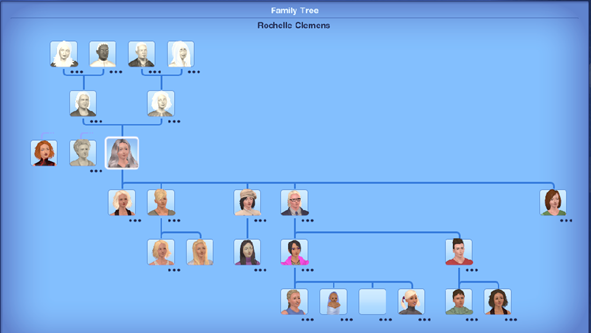 Mykolas was relieved to know that he could ask Faith out on a date.

Mykolas’ father then said to his son: “You do, however, have another problem… According to the registry, this girl is 15 years old and you are now 18.

I am not saying this is a problem, but just remember what happened to me.” (see season 5/episode 9) 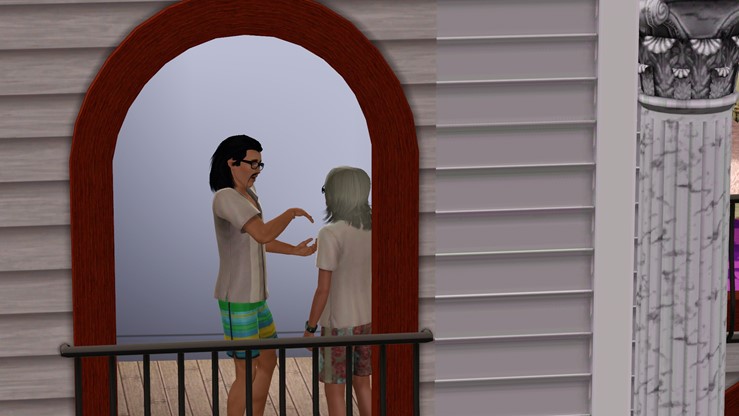 As some listening to his story might not know to what Mykolas’ father was referring, Mykolas decided to remind us all by saying in a fairly loud voice:

“Yeah, of course, you all remember that my father was arrested and thrown in jail for sleeping with the sheriff’s daughter!”

That is when the room became really quiet. Mykolas’ dad made a nervous cough. I froze. 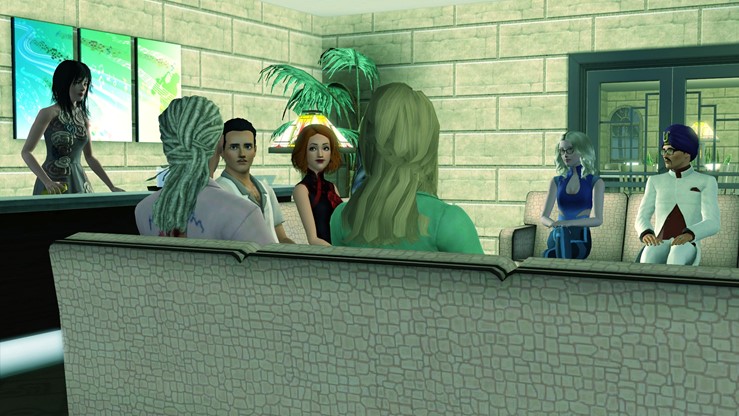 This was an awkward moment for most everyone, but especially for Michael and myself.

Carina, who appeared to be a bit typsey, broke the silence: “I think that we are all adults now and I am a little tired of being treated like the elephant in the room.

“Michael, why don’t you explain to everyone here that you and I never actually slept together or do you want everyone to continue to believe that myth? I am very much sorry that my father arrested you and threw you in jail on trumped up charges. He ruined both our lives, but it seems that it all worked out for the best as far you are concerned.

“And Dobbs James Dobbs, as for you and me… Believe me it wasn’t all that great.”

At that point, Rochelle, glancing over her shoulder, suggested to her daughter that perhaps she had had too much to drink.

Carina set her drink down on the bar and walked out of the room.

Dr. Jackie, Carina’s aunt, followed the woman out of the room to make sure that she was okay. Jamie also went to check on her niece.

I felt bad for what happened between Carina and me, but that was many years ago. I took over mixology duty and hoped to keep the party going.

As I was lost in thought, a young woman came up to me and said: “Do you remember me?”